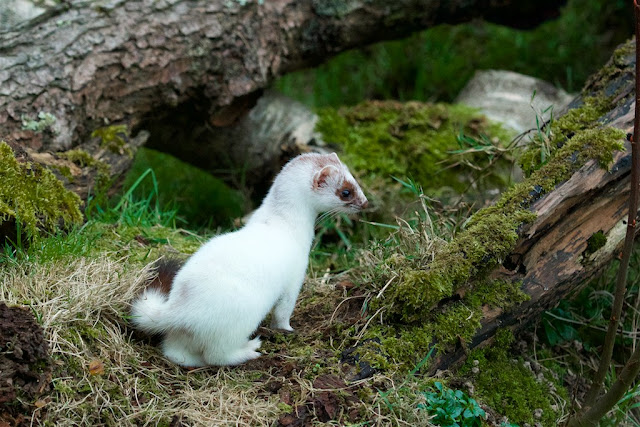 Half term has been and gone, and despite the up and down weather we were busy... very busy, including a record breaking day for a non bank holiday in terms of visitors through the door! Did everyone come after seeing our owner on a couple of recent TV cameos?, was it the gourmet triple cooked chips that had the people flocking to our doors?, or was it the 2 for 1 vouchers we had in a few local publications?.. We will never know, but what we do know is what ever the reason they came for... they stayed for the animals. 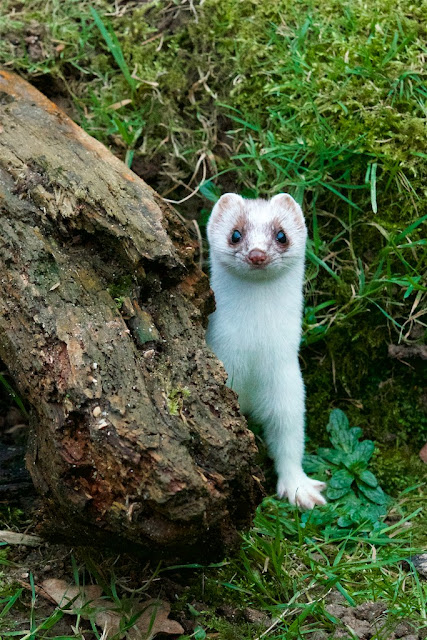 The stars of the show at the moment are no doubt our two young otter cubs, who now venture out with mum and dad for most of the talks, but another of our residents was causing quite a stir... Susie our stoat, currently in ermine.

Along with the mountain hare and ptarmigan, stoats are one of three animals in Britain that can turn white in the winter. This happens during the winter, when there is more likely to be a snow covering, and the stoats coat changes to beautiful white for camouflage except for the tip of their tail which remains black.

This winter coat of a stoat is called "Ermine", and was often used to to adorn the ceremonial robes of nobility. Here's a fun fact for you... in 1937, 50,000 stoat pelts were imported in from Canada for the coronation of George the VI... hmm, actually that's not really a 'fun' fact is it... 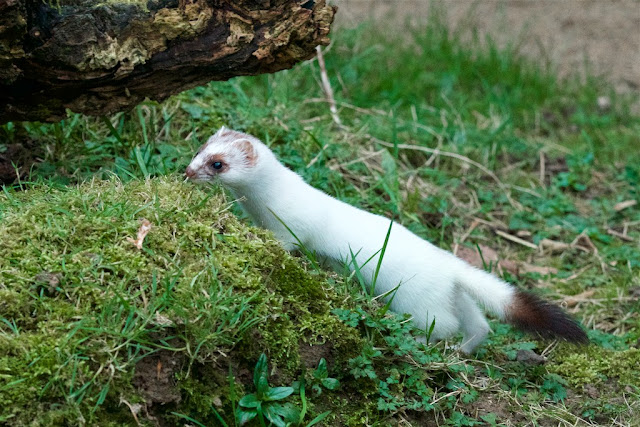 Stoats moult twice a year, and in their second moult at the end of the year can moult in to ermine. Not all stoats do turn ermine though, and you tend to find it is mainly in the north of England and Scotland where they do... I guess this makes sense, as it is more likely in these areas that we get a snow covering in winter.

In the south they usually moult in to a brown coat. You even get some stoats that just moult a few white patches... or moult white with a few brown patches... again, it seems the higher up in England you go the more white patches as a general rule of thumb.

All this leads to the temperature, and/or photoperiod of the day, being a key factor in this moult. But genes must have something to do with it too... the stoat must be genetically prone to moult ermine, and I think this due to the stoats we have had at the Centre over the years. 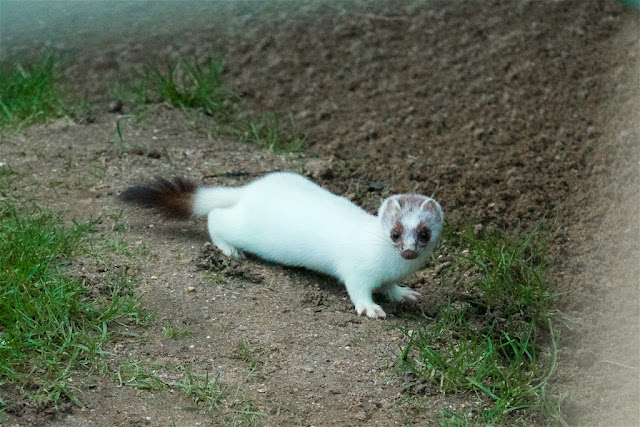 Of all the stoats we have had here over the years, only two have ever turned ermine. Susie being the only one at the moment. But we do have others here, and despite being in the same temperatures and photoperiod as Susie, they moulted in to their usual brown coats.

But... Susie doesn't always go ermine in the winter. Last year was the first year she did, and had a few brown patches still down her back and over her face. This year she is nearly completely white as you can see from these pictures, but before that she has always moulted brown.

Either way, she is a beautiful stoat in her brown coat or her little white number, and a special stoat to me. She is still in ermine at the moment, but it will only be a few weeks until she starts to moult in to her summer coat and go back to brown.