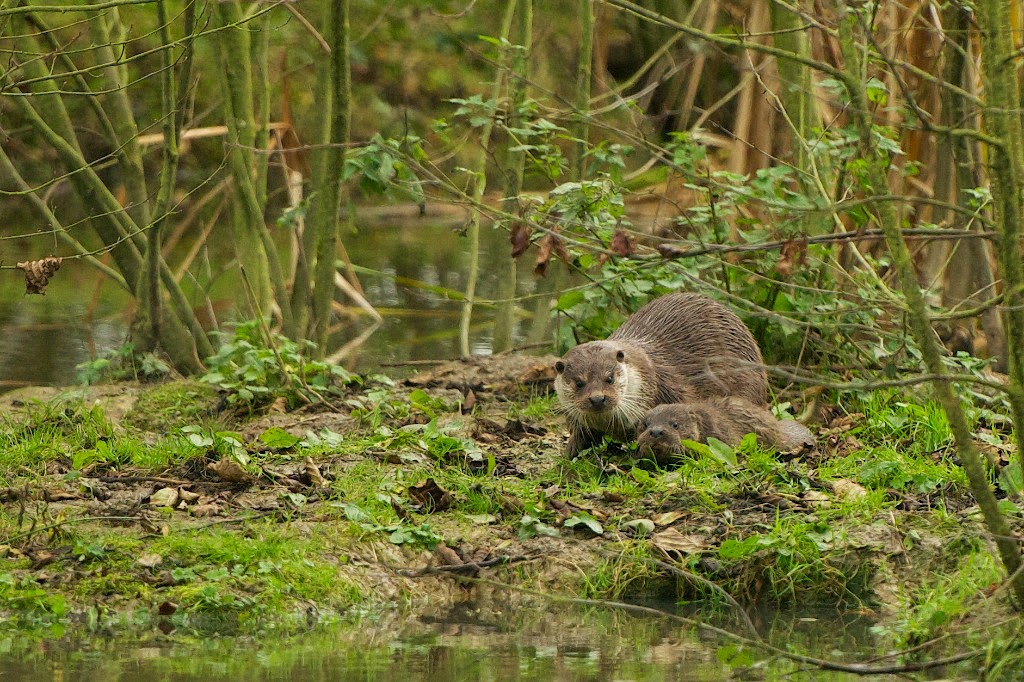 OK... Firstly, I brought you news of our new otter cub Buster yesterday, so if you haven't seen that post yet scroll down to read a bit more.

Secondly... I said he was 6 weeks old, but checkin this record card it is actually 7 weeks ago yesterday that he was born. 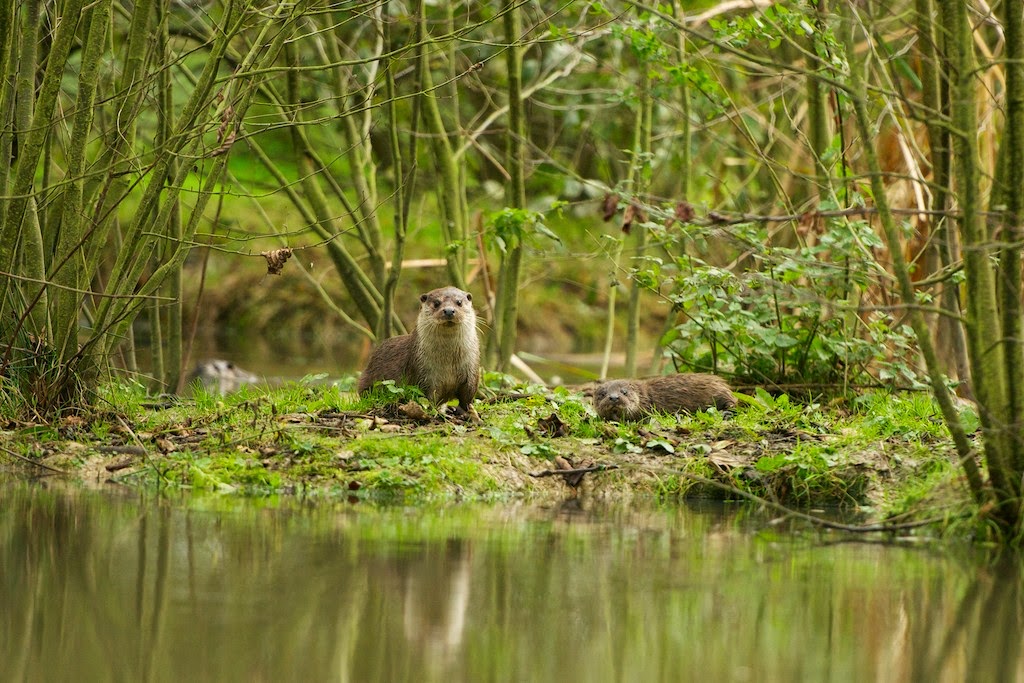 After saying it would probably be a couple of weeks till he emerged, he was out this morning for the first time! Usually I would estimate that eight weeks is when we may start to see the cubs, so he is a week early, but not too much of a surprise being the only cub... he will develop a little quicker with all the attention from mum.

First job of the day was to move his older brother Franklin to the middle pond. This went smoothly and we thought nothing of it, but on the way back past the main pond we heard a high pitched scream. I really wish I had my video camera with me then to record it for you, as it really is a terrifying sound if you don't know what it is, and I knew straight away it was Buster.

Experience told me not to worry, he is probably being dragged around by mum in the water, but it still gets me every time so I had to go and check he was alright... Of course he was, and it was just his first swimming lesson. Fair to say he didn't enjoy it! 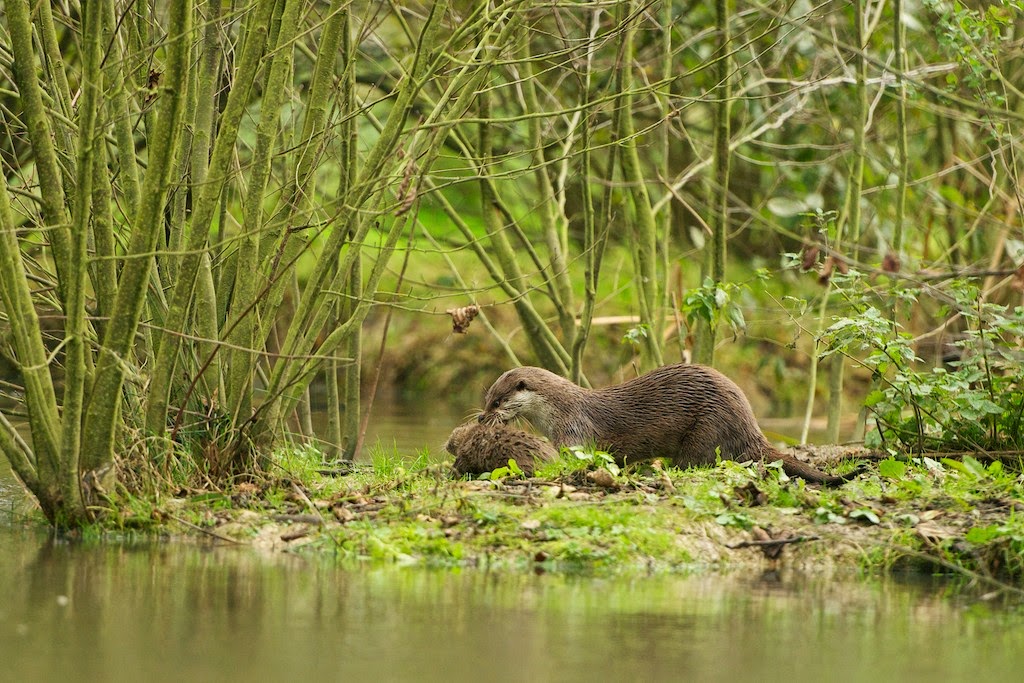 As soon as Emmy saw me, she dragged him out on to the bank and he soon settled. I left it a bit then went down later with my camera and managed to get a couple of photos, including throne above of him trig to run away from mum before she grabs him by the scruff of the neck and hauls him back in to the rushed. 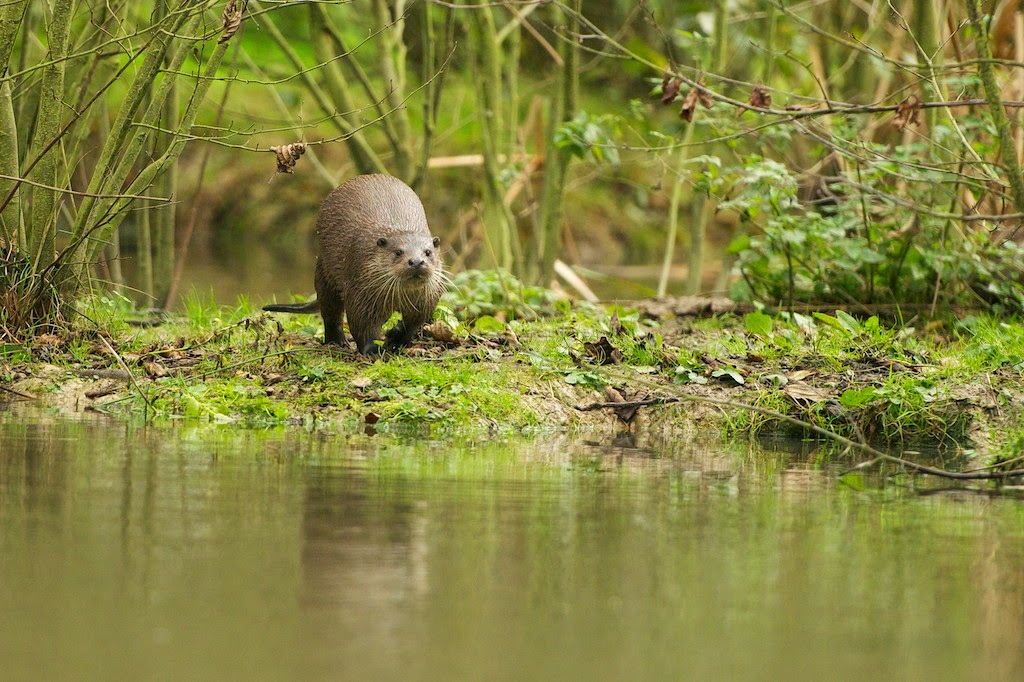 And Elwood's role in all this... he seemed pretty oblivious. Showing no signs of missing Franklin, and not much interest in Buster. I am sure this will change as the days move on though as I remember him being such a good dad to Franklin, even helping Emmy with taking food back and teaching him to swim.

No guarantees of course if you try to come and see Buster, but I promised to let you know when we see him out, and today was the first morning he has been spotted out and about. I would imagine another few weeks would make it more likely to see him, but then of course he will be bigger. They grow fast.
Posted by Matt Binstead at 17:54