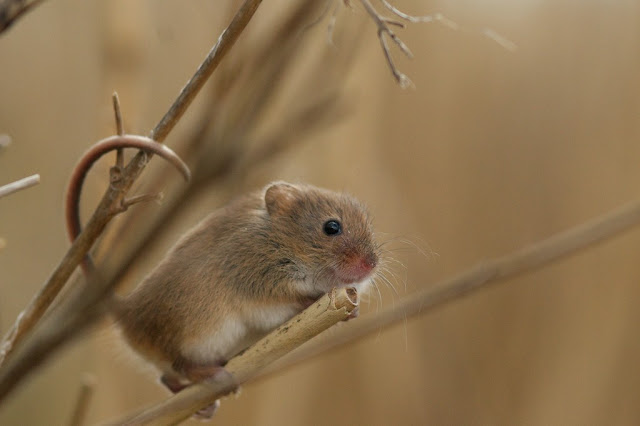 Our first harvest mice release of 2016 went ahead a couple of weeks a go. The milder winter allowed our mice to continue to breed late in to the season last year, and only have a short break before starting again this spring. This  meant we had a lot of mice waiting to be released... but despite the mild weather, other conditions have not been favourable until recently.

Most of you will already be aware of us release mice on to our reserve, and although rarely seen by visitors around the surrounding areas of the boardwalk, I do often see signs, movements or even the mice themselves when walking Bess out there everyday. 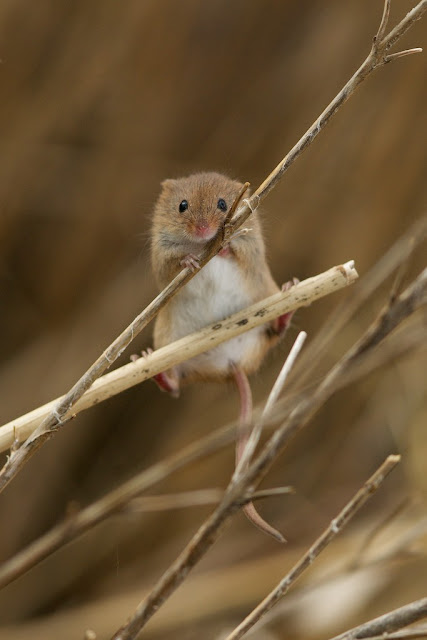 In past years we concentrated on these areas around the walkway, and surrounding places that offer good a habitat for these mice. This year we have decided to release the mice a little further down in to our reserve, now that these new areas have had a chance to mature and develop.

Hopefully the mice will settle well there too, and encourage a bit more natural dispersion and spreading of the mice on there own. Ideally the two areas will eventually natural link, and then with further help from our releases, we can get these mesmerising miniature mice to spread in to all suitable areas of our nature reserve.
Posted by Matt Binstead at 11:47