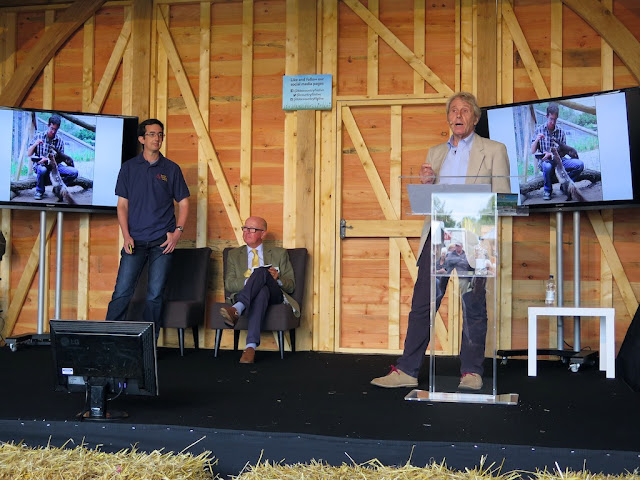 Last Thursday, David and I were invited to Countryfile Live to present to their visitors on their main Big Barn stage. It was a huge honour, as only 2 of the 27 presentations given over the 4 days the show ran, were given by "outsiders". All other slots were filled by the Countryfile presenters, or other BBC presenters.

An oak barn was purpose built for the event, which held 300 people seating plus lots of standing rooms. We expected a big screen, but were told at the last moment we only had two smaller screens and two repeater screens for people further back. These worked ok, but not ideal as our presentation was structured with a large backdrop screen in mind. 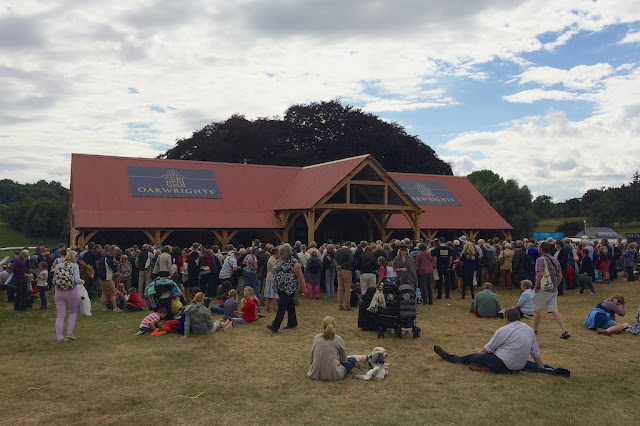 We followed Matt Baker and Adam Henson in the morning slots, and left the stage for Rick Stein to start the afternoon talks. It was very busy, as was the show overall, but a huge opportunity to get our message across to a new audience. 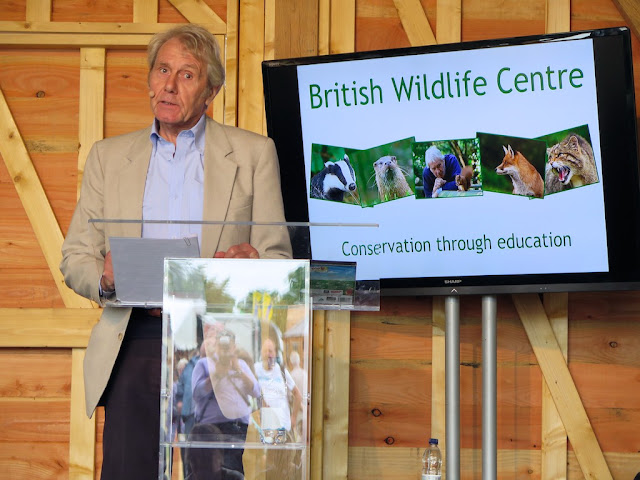 David started by introducing the Centre, and talking about how he grew up and worked on a farm... eventually converting his farm in Surrey in to what we know as the British Wildlife Centre today. 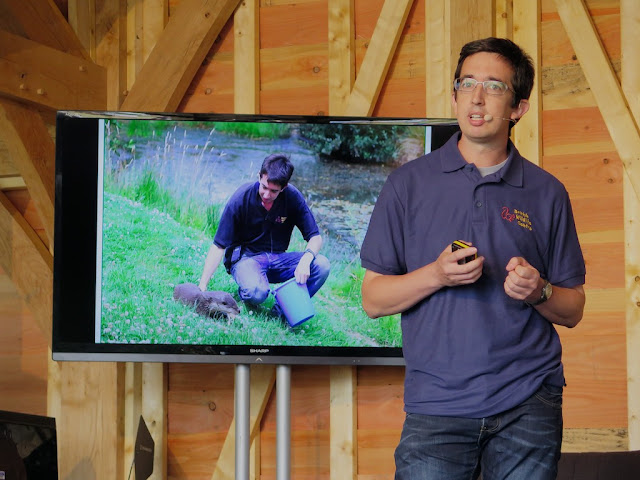 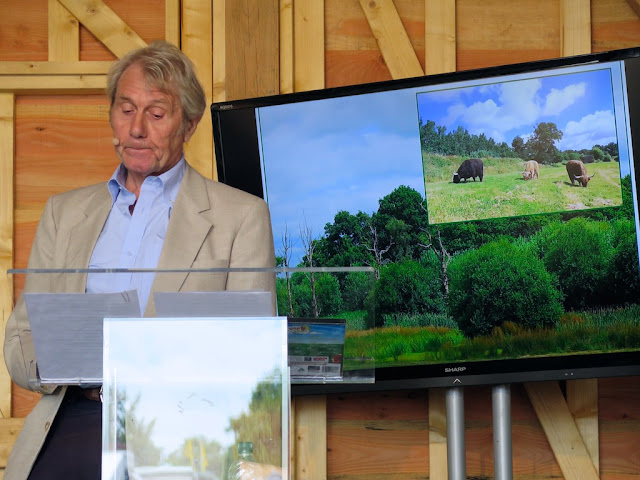 To keep it light and interesting, but also get our message across, we kept it fairly laid back and switched between the to of us speaking. David covered our nature reserve, red squirrel breeding program and finished our session with our plans for the future and his plans with Pip the Squirrel. 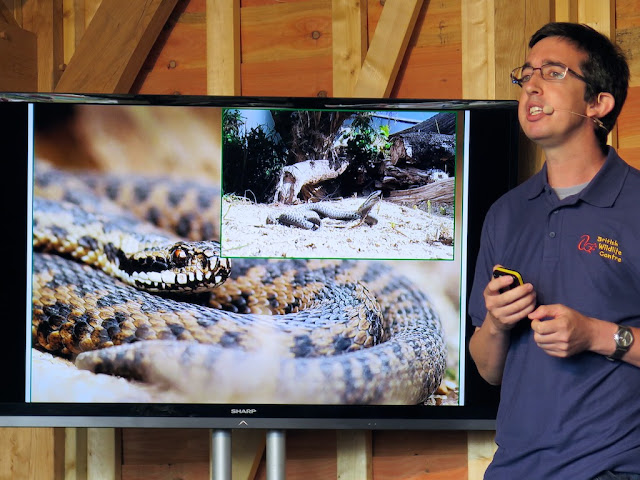 And I used the rest of my time to talk about photography and filming, and introduce the crowd to some of the animals we have at the Centre. Our presentation was very picture led, with moving images to show of the beauty of our animals. Overall it went down extremely well, we received a lot of good feedback, and there is already talk about us going back next year. 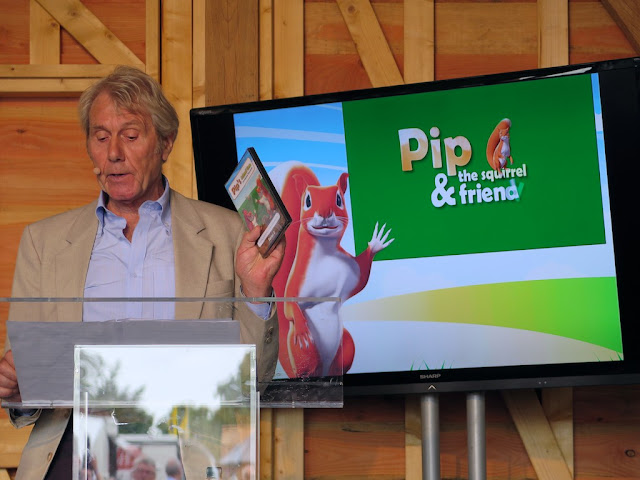 Thank you to the many well wishes we had before we went, and special thanks to those of you that came to support us in person. I recognised many faces from around the Centre, and apologise to those I didn't get to to thank in person on the day.