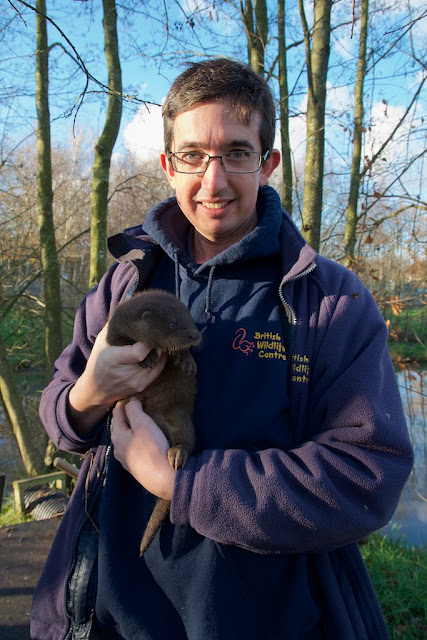 Look at what we found in the otter enclosure earlier this week... Baby otters!

We have been keeping this one a little quiet, but Emmy and Elwood had a litter of cubs at the end of October half term. A few weeks before we noticed Emmy getting a little "rounder", and she was beginning to act a little different too... pushing away Elwood and her older cubs a lot more.

We moved the older cubs off display to give Emmy more space, and sure enough a week later she gave birth to two little cubs. Otters do not have a set season, and can give birth any time of year, but Emmy has always had her litters at the end of Autumn... and what a pro... the cubs begin to emerge at around two months, which coincides with our open week after Christmas! 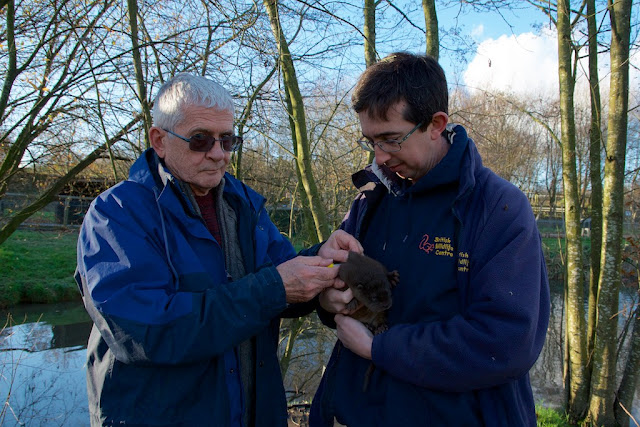 This week they were 4/5 weeks old, so it was time to give them a quick health check. Our zoo vet, Alan, came in to help and microchipped them and sexed them at the same time. I am pleased to say they are both plump and healthy, and we have one little boy and one little girl!

They are still very young, and so Emmy will be keeping them well hidden in the holt. She will occasionally move them from one holt to another, but they will not begin their swimming lessons until they are a couple of months old. 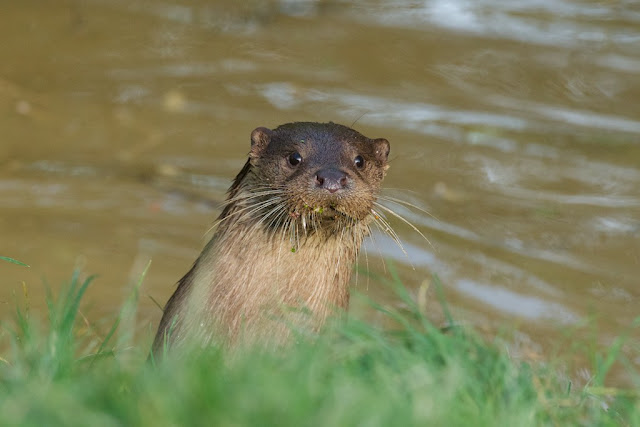 Just a reminder that they will not be on view until they are around 2 months old. This is when Emmy will begin to teach them how to swim, and Elwood will begin to play with them. I imagine this will be around the Christmas open week... but of course will update you on here when they do start coming out a bit more regularly for you to see.
Posted by Matt Binstead at 10:03