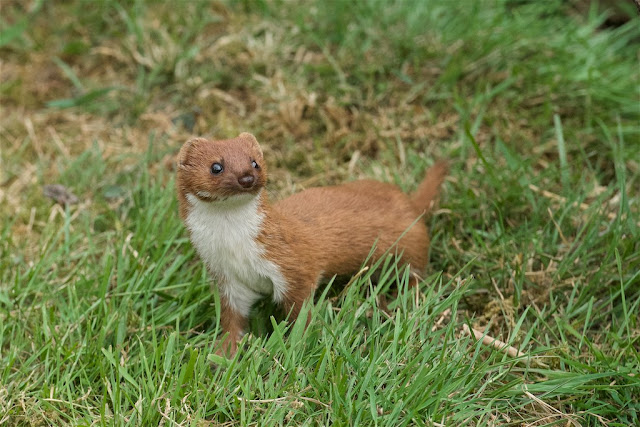 Did you all watch the Natural World:Weasels: Feisty and Fearless last week? If not you can catch it on iPlayer. It was an hour long programme focusing on a family of stoats, but talking about a few of the other members of the weasel family.

Well, for those who did, you would of seen some of our animals on it, as some of the filming was done here. Two of our weasels, including Molly above, stared in some of the close ups and more intimate shots. 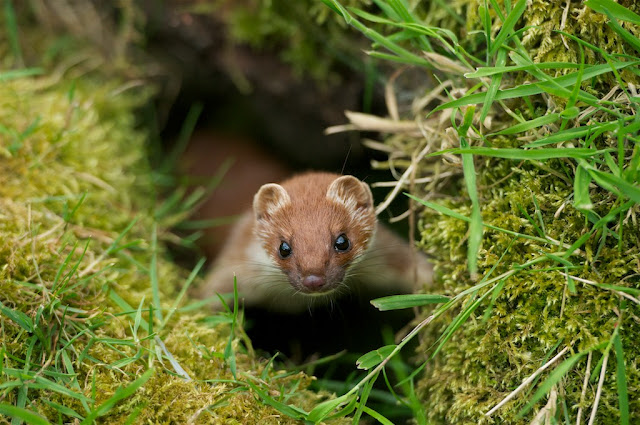 Our stoats were also featured, as was Elwood below in a very brief passing shot in the introduction bit to the weasel family. He did a beautiful action shot of running, no stunt double needed. 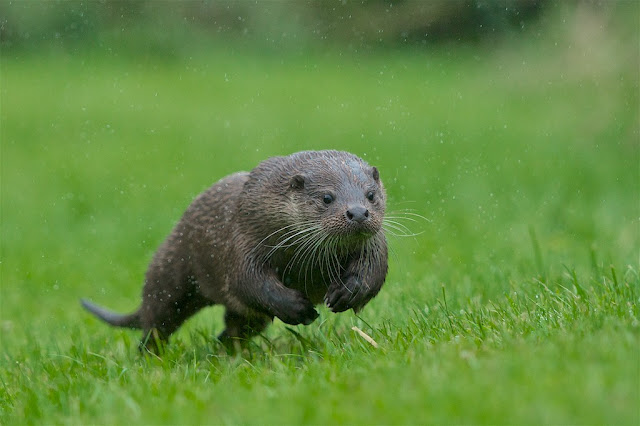 Other weasels were filmed such as our polecats and pine martens, but they didn't make the cut... in fact they ended up using American martens! Blasphemous! Not that our pine martens mind though, they are on to bigger and better things. This weekend the first episode in the "His Dark Materials" series airs on Sunday night, BBC1 at 8pm. The animals that appear are cgi, and the team responsible for this visited us to get some film footage of some of our animals moving to be able to accurately replicate this back in the studio.

While here they filmed our foxes and harvest mice among other animals, but the main star was Drogo one of our pine martens. He was captured to help create the movement for one of the main characters, Panteleimon, Lyra Belacqua's daemon, when in his pine marten form.