I have a passion for all British Wildlife as you can probably imagine, but for those of you who know me well you must know I have a certian soft spot for two animals in particular... One being the Red Squirrel! 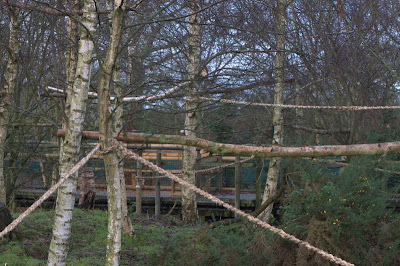 We finally finished work on our new venture, our Red Squirrel walkthrough enclosure. What we beleive to be the only one of its kind currently in the UK. Needless to say we were all very excited about releasing our Squirrels out into their new home and it is something I have personally been looking forward to for over 5 years, ever since I first started here and David (owner) mentioned his idea to me! 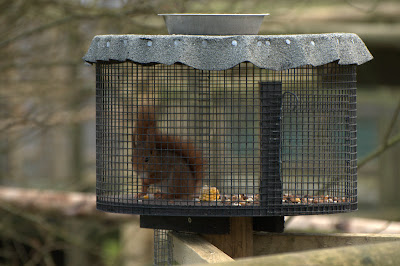 We dressed the new enclosure up with special feeders as above and below to allow the Squirrels to get to their food but to keep the birds away from it. In time we may very well put up bird feeders for both the Squirrels and birds, but for now we are concentrating on making the Squirrels happy in their new enclosure. 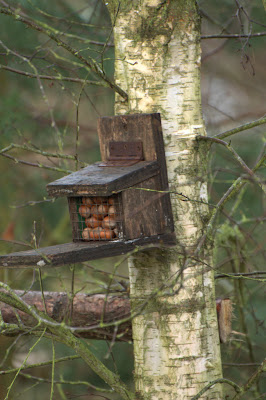 As well as these feeders we have placed natural poles around linking trees to each other as well as some natural looking rope which doesn't detract too much away from the "wild" look but gives the Squirrels something else to play with while making their way around. 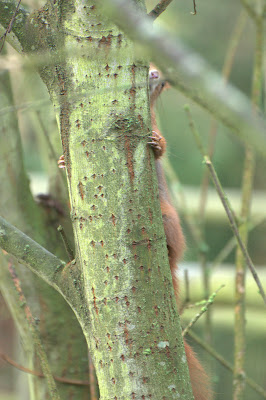 We cut back the trees from the edge of the pen to create a safe distance which they will hopefully not be able to jump out from, and then constructed double doors either end of the boardwalk as well as electrifying the boundry to not only help keep the Reds in but also stop any curious Grey Squirrels from entering. 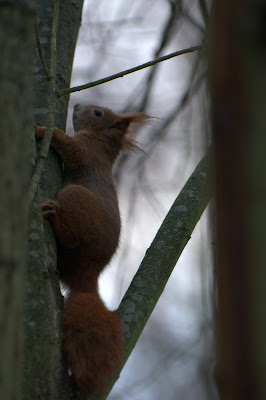 A couple of weeks ago now I had a large sort out of our Squirrels and re set up the breeding pairs for next year. At the same time I moved 5 males into each of the smaller holding pens in the Copse. They stayed in those pens for a week and a half to establish them as new homes and then last Thursday we opened the doors of the enclosure leading out into the Copse and have since left them open. 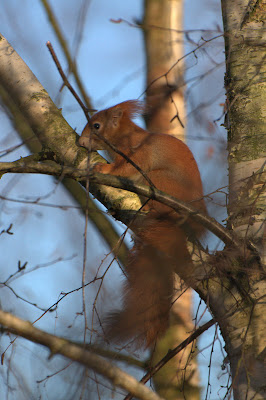 Initially the Squirrels were a bit unsure and seemed to prefer the safety of their pens, but one brave male came out fairly soon and started to explore. Over the first day I beleive curiosity probably took over all of them as we started to see more and more Squirrels in the trees. 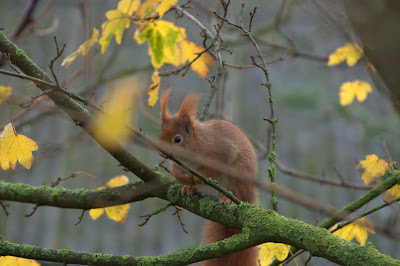 Nearing nightfall and we watched as the Squirrels slowly made their way back to their pens and the safety of their nest boxes. It could not of gone any better. In time we hope they will drey in the trees around the edge of the copse and not go back to their boxes, in fact I have noticed 2 Squirrels starting to build already.
The feeders have mainly been placed in the centre of the Copse so that they have to venture in and not out towards the boundry to find their food. 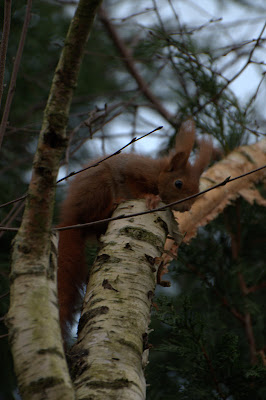 The plan is to watch these 10 Squirrels over the coming weeks and when the public are around after Christmas, and then shortly into the New Year I will release another 10 young males into the enclosure holding a further 3 back to be released on the day we have our official opening in the Spring of next year. 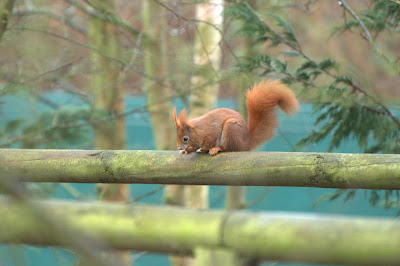 All going well and we hope it will provide not only a happy home for our Squirrels but also a fantastic place for you to relax in while watching our native squirrels and a great oppourtunity for all you budding photographers out there!
Posted by British Wildlife Centre at 18:45