Badgers on the move 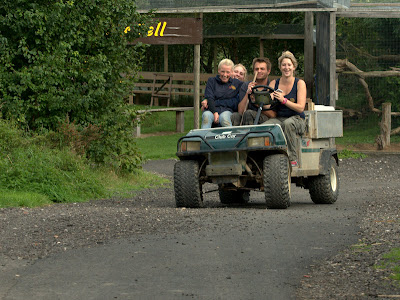 Last Thursday we had a little move around with our badgers. For the past couple of weeks we have been working on our semi-wild badger sett, preparing it for a family of badgers. At the same time we wanted to move our two friendly badgers Titch and Honey from their off display enclosure to on view. Therefore we decided to move our badgers from the display sett out on to the nature reserve, leaving hand-reared Toby behind, and introduce Titch and Honey to Toby in the main enclosure.

We started by catching up the four badgers, Murray, Humbug, Bubble and Squeak from the main pen and drove them out to the wild sett. 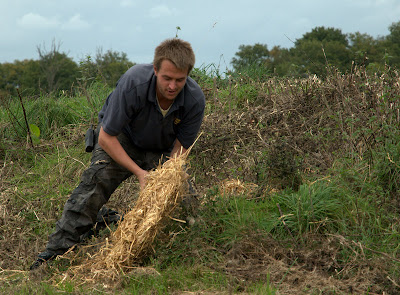 After adding some fresh straw for them to drag in to make their bedding, we slowly introduced them one at a time to their new home. 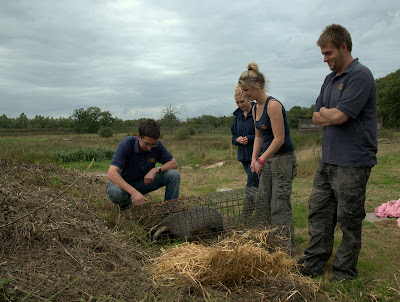 Once they had all been re-homed safely it was time to collect Titch and Honey and introduce them to their new home. 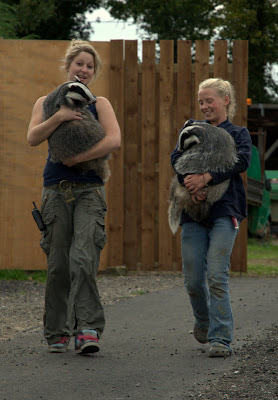 It wasn't long until Honey was out and about and exploring her new home. Normally for the badger keeper talk we only had Toby make an appearance, and one or two of the others on a rare appearance. But already this pas weekend has seen both Toby and Titch come out for the talk. I am sure it will just be a matter of time until Honey settles on to her new home too and joins them in the afternoon. 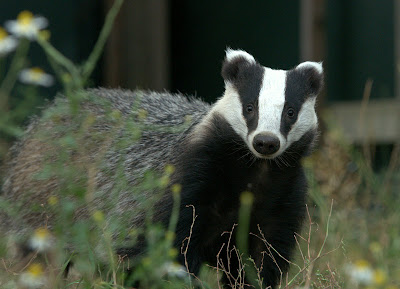 As for the now semi-wild badgers... they have settled in extremely well. They are fenced in to an extremely large area, and we still feed them daily. Their sett is visible from the Wetland Boardwalk, and I wouldn't be surprised for you to see them in the late afternoon as the light starts to darken.
Posted by Matt Binstead at 22:59