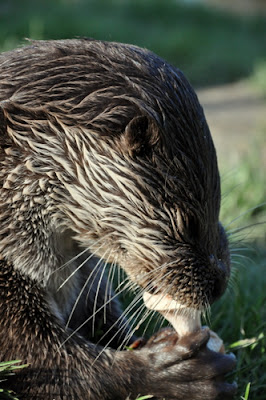 Yesterday saw the sad passing of Oscar the otter. One of the oldest, and longest residents of the BWC having been here since 1997.

Oscar was extremely old for an otter, and showed some slight deterioration over the last couple of years, but he was still full of life, and running around his enclosure up until his last days. Over the last year he lost his eye sight and much of his hearing, but had his enclosure mapped out extremely well and so was left to retire on display.

These last few days saw him slow down considerably, but still venture out each day to say hello and come to feed. Yesterday he passed away quietly in his sleep at the grand old age of 16. 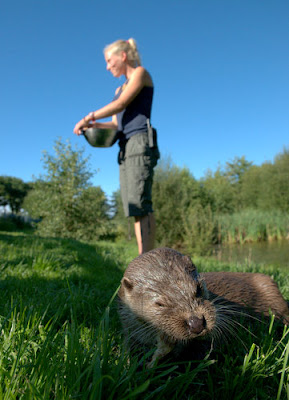 Oscar was a huge star of the BWC, and a favourite of many. During his life here he has appeared in many television programmes and is arguably one of the most photographed otters in the country. Always pleased to see new people, he has helped us with inspiring children and adults of all ages about otters and the conservation work that we do with them. Not often did he miss a keeper talk, and those he did he always came meandering out just as we were finishing to see what all the fuss was about.

It is always a sad day when we lose an animal, no more so when it is an old friend such as Oscar. He will be surely missed by staff, members and visitors alike.