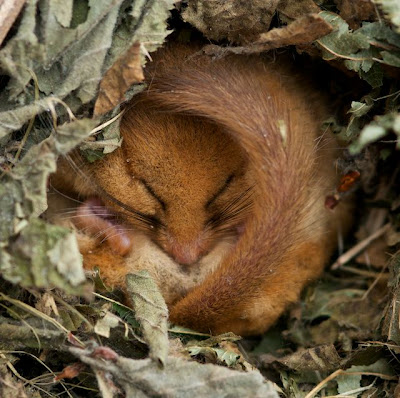 It is very difficult to study and monitor our native dormouse due to it's nocturnal nature, arboreal behaviour and the fact that it lies dormant for over half of the year. What we do know is that over the past 100 years dormice have become extinct in over half of their natural range. But why are we losing our little "Sleepers" in the wild?

Well, as is nearly always the answer, habit loss is the biggest problem. The loss of ancient woodland and the fragmentation of key habitats into locally smaller ones have not helped. Dormice are highly arboreal, and do not like to cross open areas, and so when confined to these smaller areas of woodland they struggle to find food types they need.

Dormice are specialist feeders, and require not only good quality but also a diversity of food types through the course of the year. They are very sensitive animals, and therefore very sensitive to the slight changes in their environment due to both habitat and climate. But because of this they are also a good indicator species. If dormice are present in an area and thriving, then we know the habitat must be good. 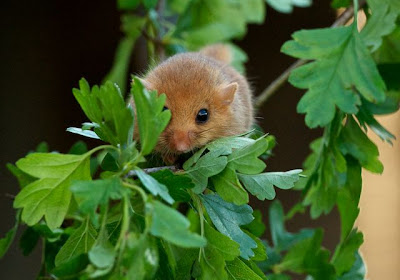 So what are we doing to help?

The British Wildlife Centre is part of the "Common Dormoue Captive Breeders Group" run by Paignton Zoo, and studbook managed at Wildwood. As part of this group we hold pairs of potential breeding dormice (in our pens opposite our snakes.) The aim is to breed these animals in captivity, to then be able to return them back in to the wild at carefully selected and monitored sites by PTES.

The group holds a licence to allow us to have in captivity a number of wild dormice every year, usually ones that have come in prior to winter for being too low in weight to survive. These individuals can then be added to the breeding program to allow new genes to enter the program, and increase genetic diversity before releases occur. The idea is that the parents and youngsters will then be release the following year, with new pairs being created for future breeding. Earlier this year we sent off 9 healthy dormice to be released as part of the project.

As well as our "breeders" we also have some "educational" dormice which live in our nocturnal house. These are individuals that have either been in captivity too long to be introduced to the wild, or are not healthy enough to do so. They can still play a vital role in the conservation for their species though by being ambassadors and providing, often, that first exciting glimpse of a live dormouse. 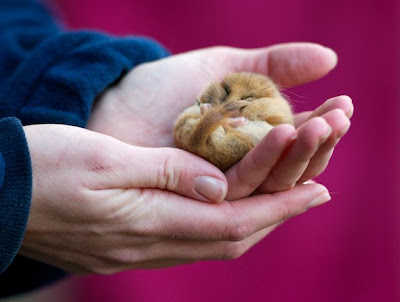 As an aside. We have also been working this previous year with the Surrey Dormouse Group, to use tiny infra red cameras to record the nocturnal habits of dormice actually in their nest box! The aim was to get on camera, for the first time ever, a dormouse building a nest... did we succeed! Well yes, we did. And we managed to get some good stuff on camera, which hopefully will be shared later next year. In the meantime, we are giving the project a break over the Winter, when next year we will start up again to try and improve on the footage we already have... and perhaps more excitingly, try and get dormice babies on camera coming out of their nest for the first time.

For more information on the filming techniques and the work of the Surrey Dormouse Group, check out the link below.