Grace and Tamar on Springwatch 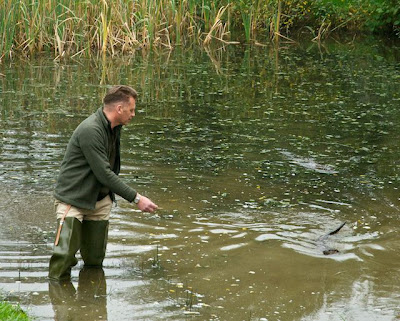 A few weeks back you may remember that I mentioned that two of our otters were being filmed by Springwatch? Well, at the time I thought it was for part of their Winterwatch which they are doing this year, but in fact it was for a "Springwatch special" an hour long program all about otters!

Chris Packham was here filming a few different bits and links, and for part of it he donned his waders and went out into the pond with two of our otters, Grace and Tamar.

This program is to be aired tomorrow night (Thursday 20th Dec), at 8pm on BBC 2. Do make sure you give it a watch to see our two otters moment in the limelight. Our otters have been filmed many times before, but I believe this is Grace and Tamars first time on the small screen, and you know what... they took to it like "otters to water", they were "otterly" brilliant, they were.... OK, I'll leave it there. 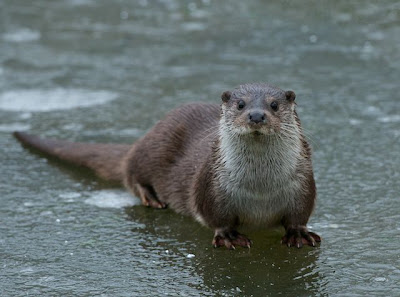 On a side note, how many times have you seen a news item or tv listing on a program about British otters and they use a photo of Asian short-clawed otters... Amazing isn't it. I have seen a few paper listings for this program, over half with asc otters as the photo, and even the news items we did a year ago on their comeback had the BBC with a large picture of two asc otters behind the desk, not European otters!

Anyway, rant over, and back to photo comp short lists on Friday.
Posted by Matt Binstead at 00:13