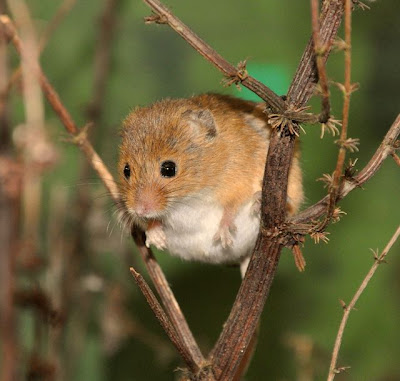 The harvest mouse is mainly found in areas around Southern England and Wales. Other smaller pockets of these animals can be found further North, but these are most likely due to re-introduction plans.

No one can really be sure on how the numbers of harvest mice are fairing in the wild, with often conflicting reports on populations, but it is certainly true that habitat loss and change in farming methods is having an impact.

Loss of or even complete removal of hedgerows is arguably the biggest problem, as these micro mice rely on these for a winter refuge. But the use of combine harvesters can often leave them isolated, and it is thought that these mice are particularly vulnerable to climate change and flooding.

What seem to be the general case is that the areas in which harvest mice are found are declining, however in some of the areas where they still are found their populations are thought to be increasing. 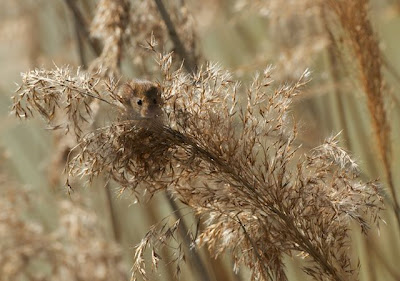 At the British Wildlife Centre we do breed our harvest mice, and many of the youngsters bred here are released out on to our nature reserve.

We are working closely with the Surrey Wildlife Trust, who deem our reserve to be suitable habitat for these elusive mammals, and so are trying to establish a small population out in the reed banks around the boardwalk and hopefully in the future maybe even further down in to the reserve.

Last Summer we released over a hundred mice out on to the reserve, which may sound like a lot, but bearing in mind their short life expectancy we are expecting to have to continue releases for a further year or two to really begin to see a difference.

SWT are helping by monitoring the site for signs of the mice, this time of year and over the winter this is mainly through spotting the winter nests of the mice, and so far the signs are good that there are a few mice out there. This is of course great news, and certainly over the summer months I enjoyed many an evening watching these "wild" harvest mice running through the reeds.

Keep an eye open for them next spring and through the summer, the most sightings have occurred on the left hand side of the reserve as you get down on to the main area of the wetland boardwalk.
Posted by Matt Binstead at 09:16