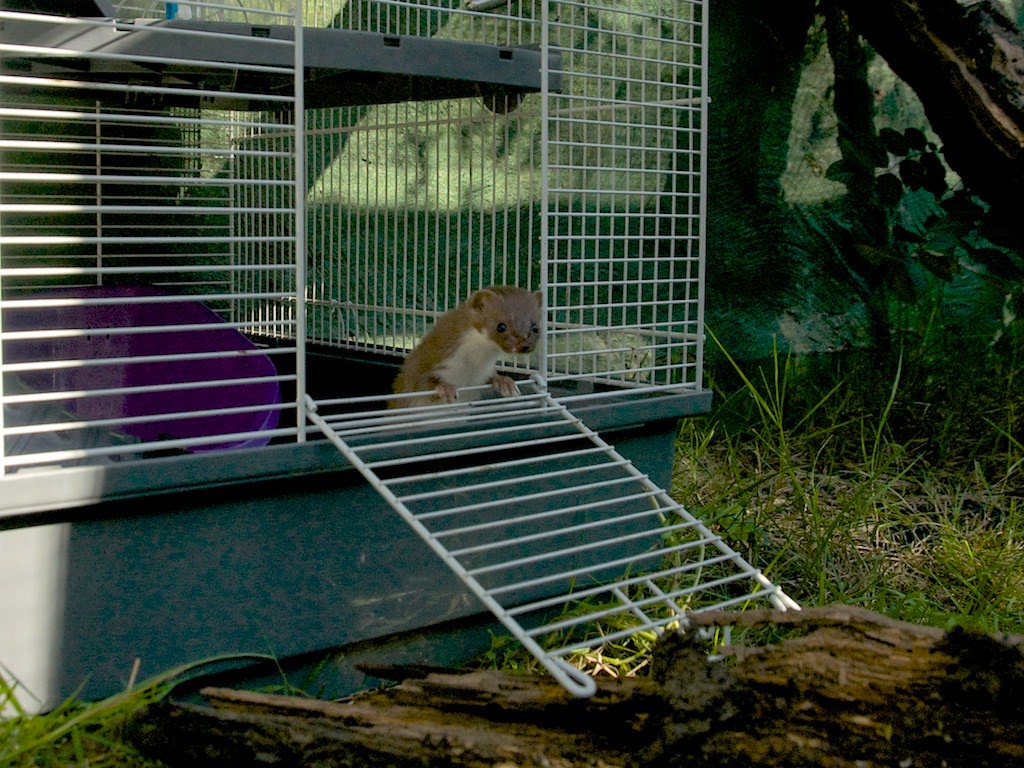 Last week we welcomed a new weasel to the Centre. Let me introduce you to "Dr Ray Deangelo Harris"... don't ask!

Dr Ray was hand reared up North, and came to us through the Mustelid Rescue Centre based in Manchester. Andrew Gray there is an expert in smaller mustelids, and a friend of the Centre. This little one was too tame to be released back in to the wild and so came here for a home where he could be used to educate the thousands of school children that visit every year, and hopefully be a stud to breed with our female "Houdini" next year. 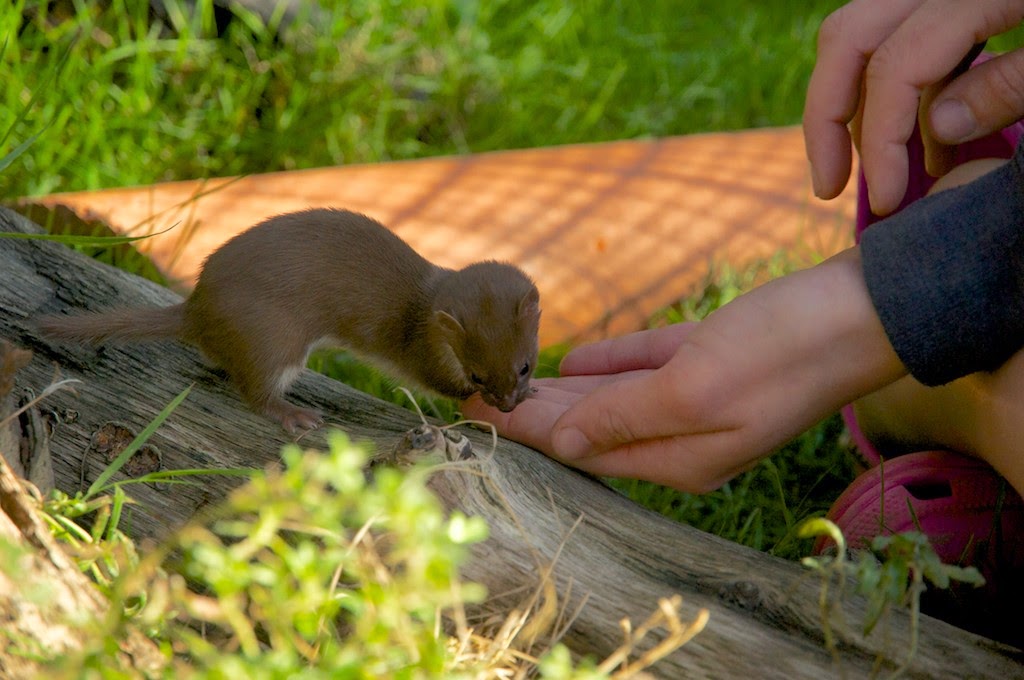 You can see how friendly he is above! He has been moved in to our hedgerow pen where he gets to see all the tours that come to see us, and has a larger enclosed outside pen which the keepers can go in to with him to play with him and keep him friendly. 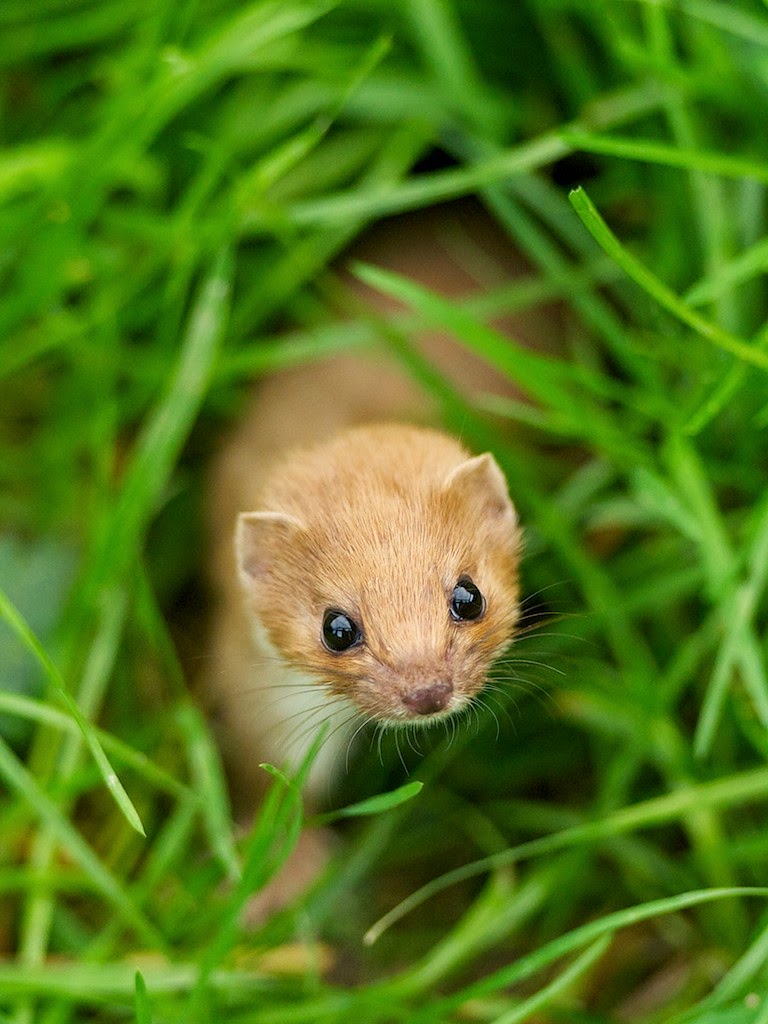 While he has been moved in there, Houdini has been moved up to the photographic weasel pen opposite the polecats. This is where she used to live, and so settled in very quickly, and was out posing for photographs over the weekend as she always used to. 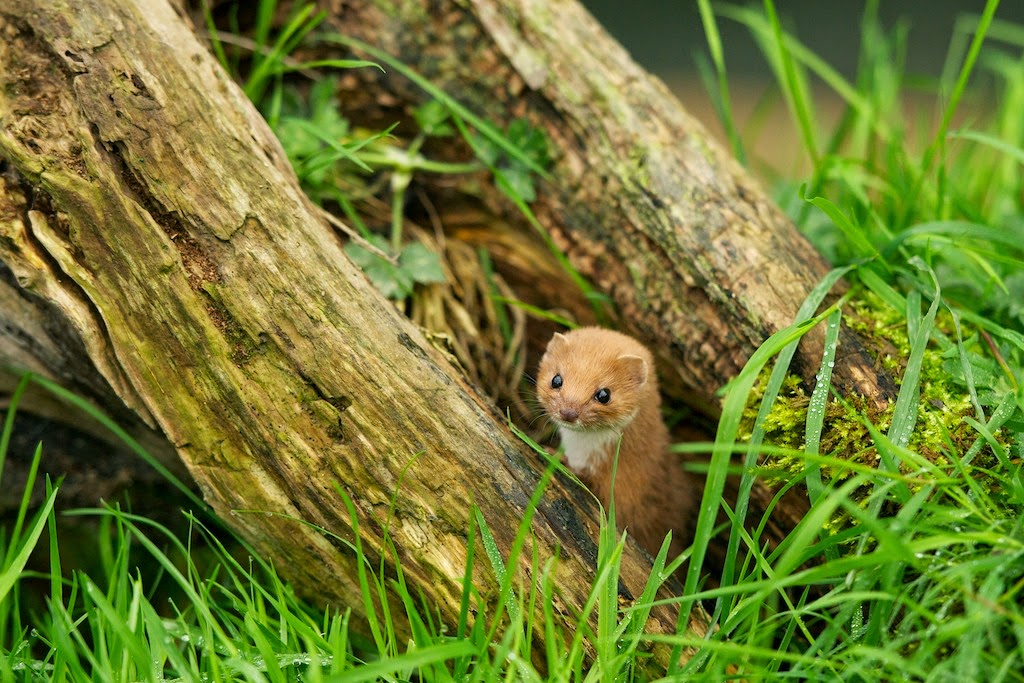 If you are coming to see our weasels, Dr Ray is out and about quite a lot throughout the day and Houdini is much more of an afternoon girl.