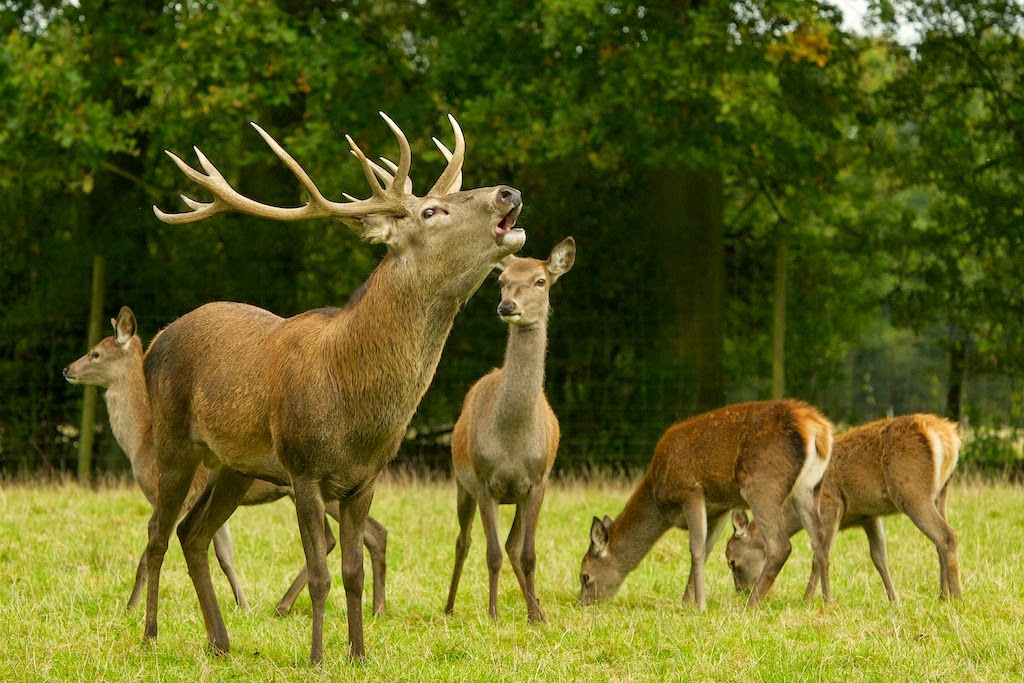 This weekend has seen our master stag Albus really begin to assert his authority! Although no clashing of antlers has taken place, he has been posturing, stamping feet, flehming, roaring and all the other behaviour associated with red deer at this time of year. 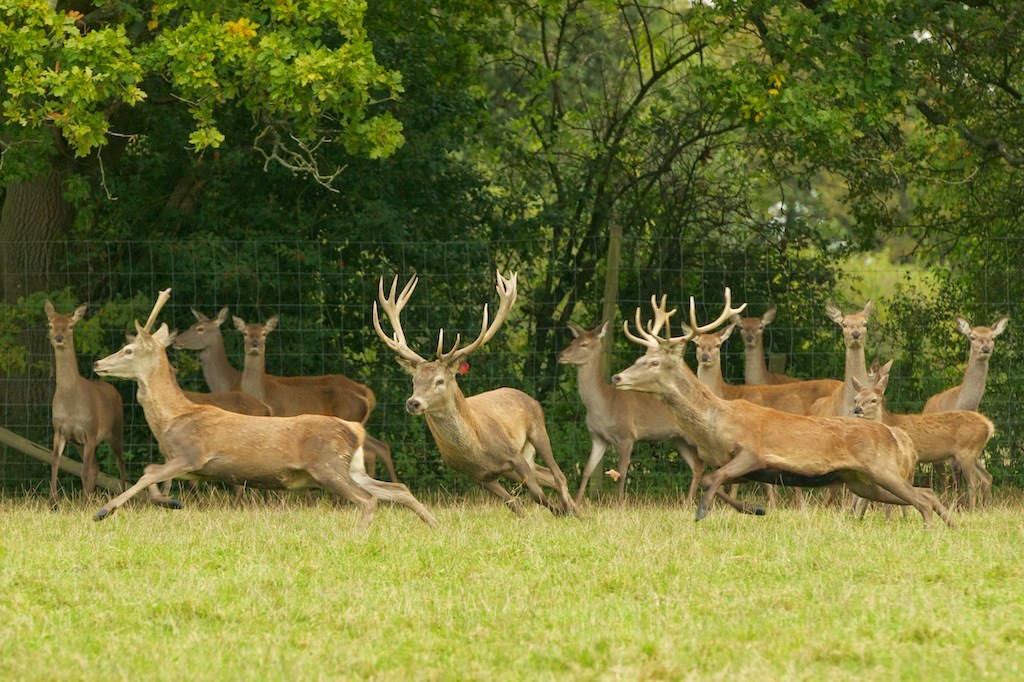 Our port younger stags are constantly being pushed away from the rest of the herd, and have now formed their own little bachelor group. 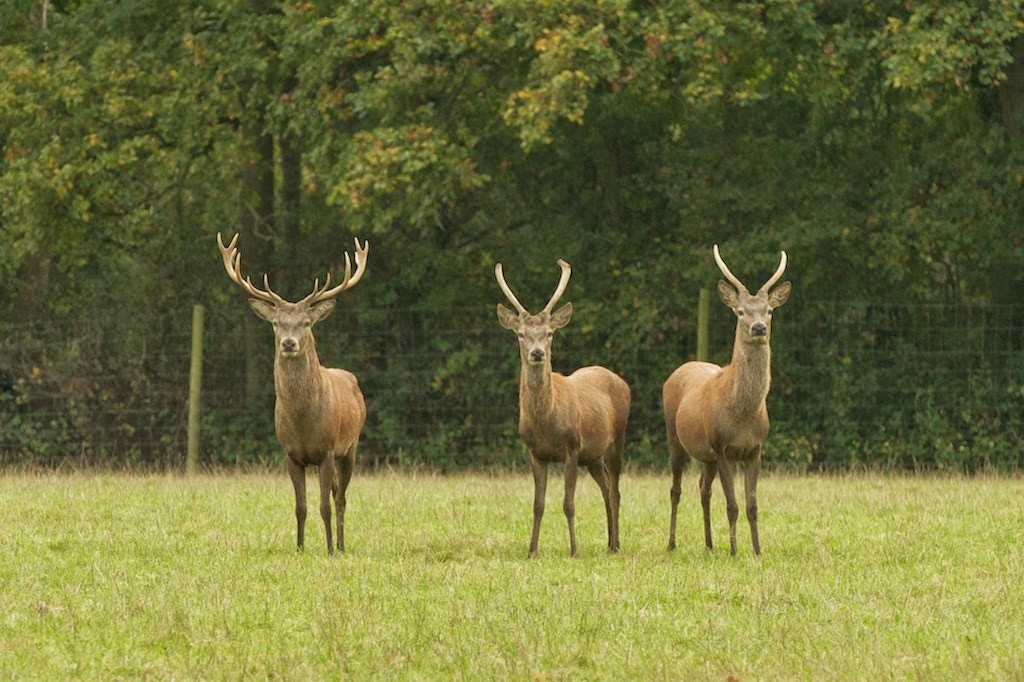 The two young brockets certainly won't challenge, and even Olivander on the left is still a bit smaller than Albus so may not give it a go... however, I have seen him look at him few times so you never know. Once Albus has grown weary and tired, he may see it as an opportunity to try his luck. I don't think he will get far though. 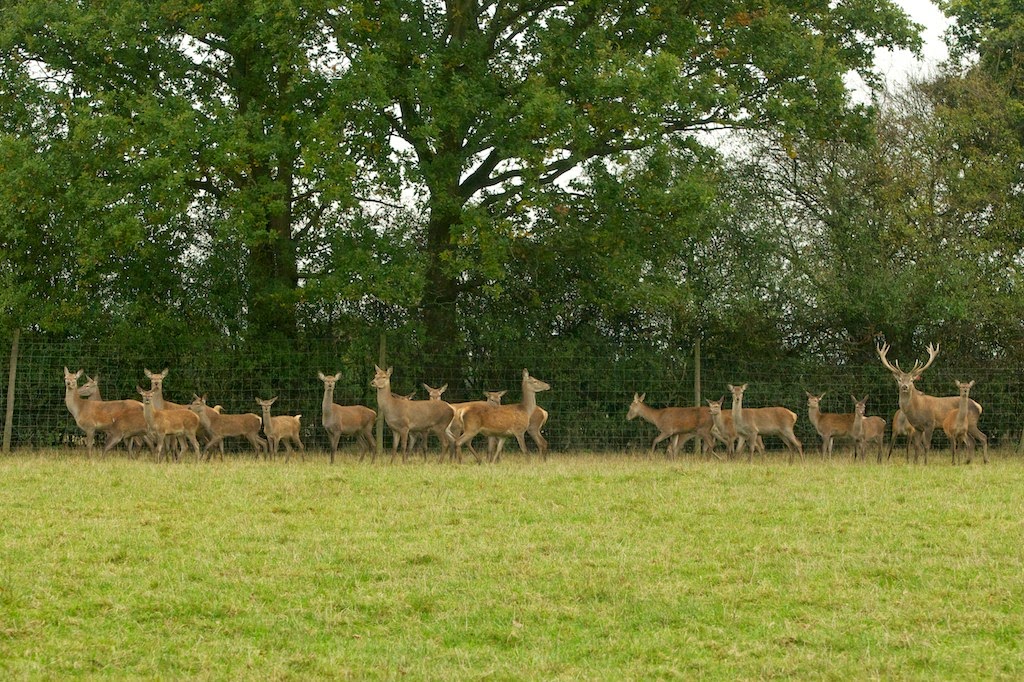 Albus is busy not only with keeping the other males away, but also keeping all the females with him. He is doing a good job though and they all seem to follow him around. 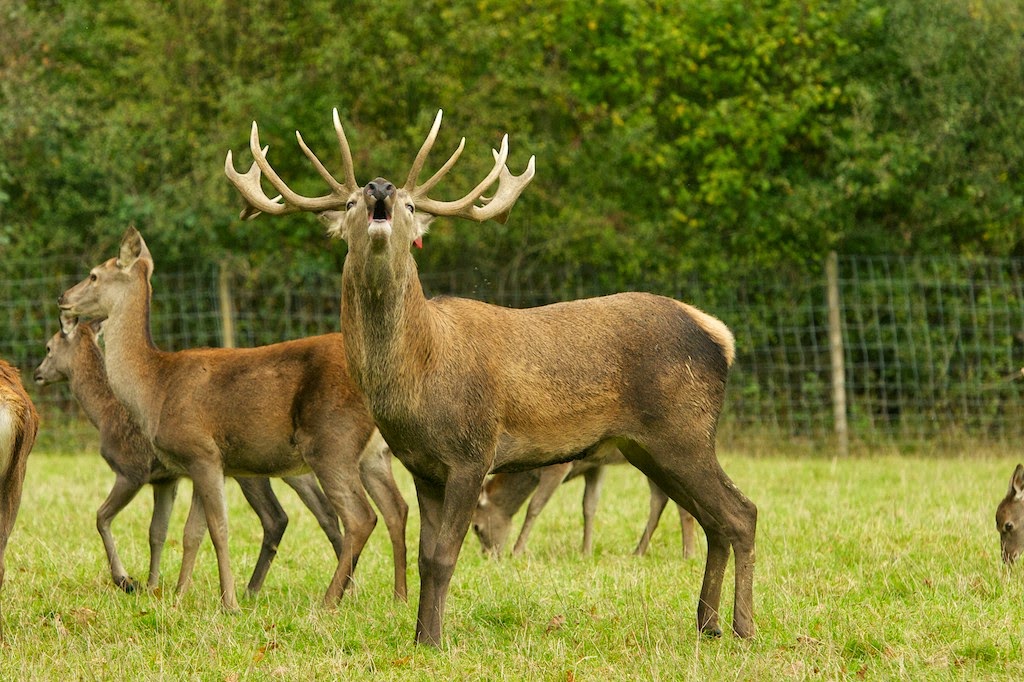 I really wish you could post "smells/scents" on the internet, because our deer paddock is so strong at the moment... especially driving out there yesterday in to the thick of it to get a couple of pics. Albus really has gone above and beyond this year in making sure he smells right, and the paddock has his scent. It is like a deep musky smell, very strong odour, which you will almost certainly get a whiff of if you spend a few minutes down on our deer platform over the coming weeks.