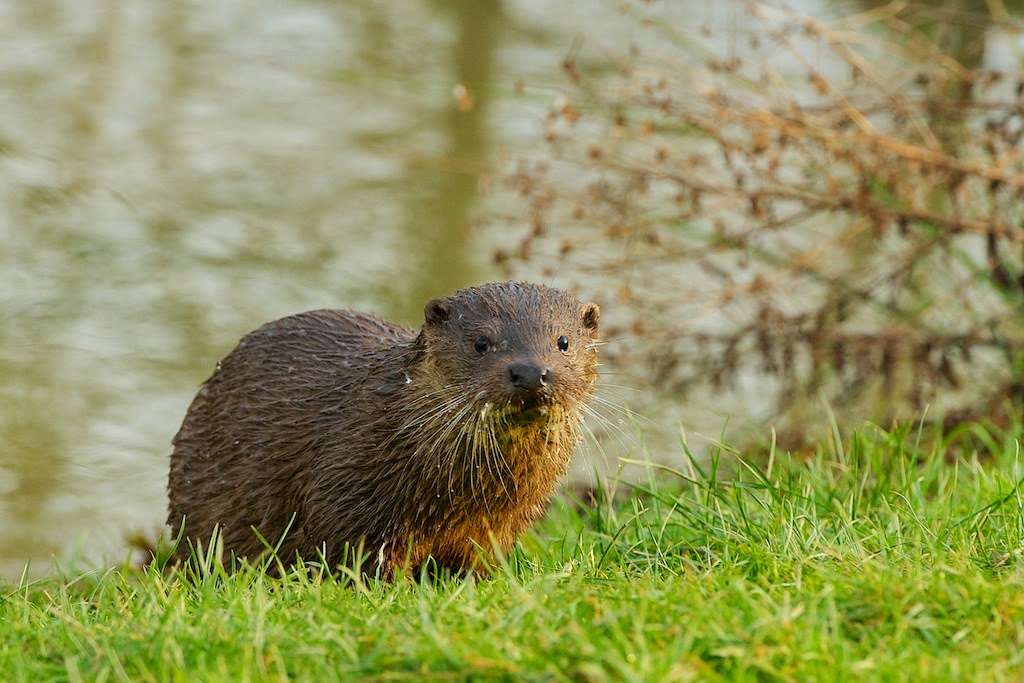 Most of you will know we had an otter cub born here at the end of last year which we named Buster. Buster was the only cub in the litter, when usually otters would have two or three. Being the only cub means he has had all the attention from mum, and this shows in the rate at which he is growing and building in confidence.

Buster is often the first one out for talks these days, and is very quickly catching up in size with his mum, Emmy. he is still obviously the cub though... appearing a little chubbier, and still very much a cub like face. 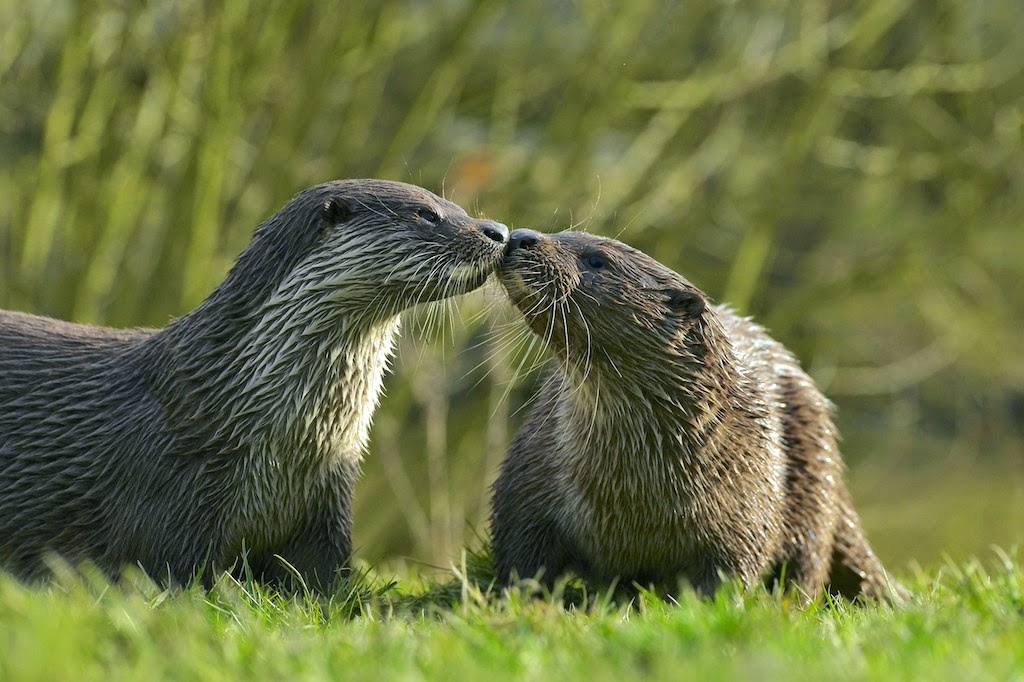 I think he is going to be a big otter, and take after his dad Elwood! He is already taking after his older brother Franklin. After most talks, you can usually see Buster and Elwood having a fun ten minutes chasing each other around the enclosure, and playing in the water... just as Elwood used to with Franklin. Definitely worth hanging around after the talks for a chance to see that!

Once Buster is old enough, around the end of this year, he will be separated from his parents and re-homed at another collection.
Posted by Matt Binstead at 14:57