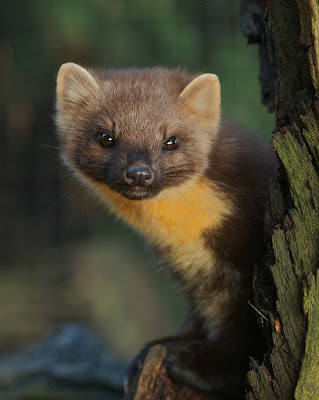 It is that time of year, once again, when we look at introducing our pine martens together... and then hold our breaths before eventually being disappointed next Spring. Sound pessimistic?.. Well maybe, but we've tried everything else, I am now trying reverse psychology and it is up to Bonnie and Clyde to prove me wrong!

Introducing pine martens is normally a very difficult task, our run systems make it easier to do it in a more softly way, and Bonnie and Clyde always seem to get on well. And maybe that is the problem, they get on too well! 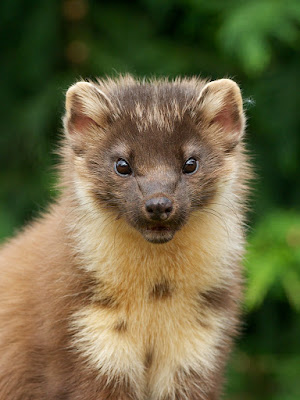 We have two new young pine martens at the Centre now to help shake things up a bit, but they will not be mature until at least next year, so for this year we may as well try Bonnie, photo at the top, and Clyde, above, again. They mate every year, so hopefully his time it will be successful. But if not, at least hey have had the enrichment of running together for a few months. Something they both seem to enjoy. 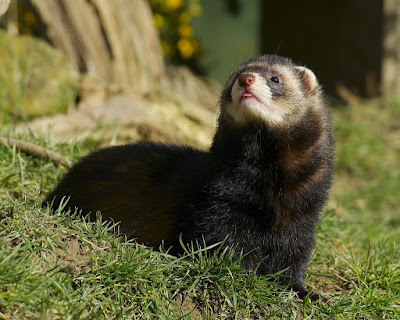 Keeping on a weasely theme... Some of you may notice that our male polecat, Whitstable, is no longer on display with Oriel and their kits. He has been no trouble at all to the babies or mum, but he has got in to a habit of stealing all their food. Oriel only has to leave for a second, and he is in there taking it away. So just to make things easier for Oriel we have moved Whitstable off display while the kits are being reared. Once the kits have been released, we will then introduce them back again.