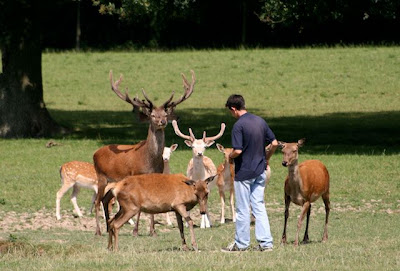 It is that time of year again when our fallow and red deer start to think about rutting. I love the rut... and many of you know that I have a soft spot for our native deer, and so whilst I am enjoying this time of year I am also sadden by the lack of presence of our old master stag Eric.

I had worked with Eric for 8 years, seen him mature and take over as the master stag and seen him sire many offspring. It was a sad day when earlier this year we had to put him down due to old age, a broken leg and crippling arthritis.

But, new on the seen is young Albus who will eventually take over the herd and start the new era for our reds. 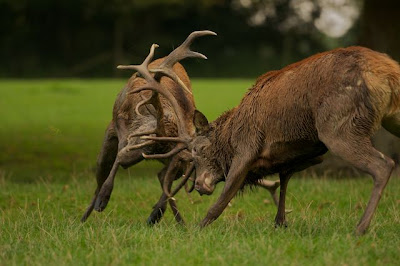 Without any one particular dominate stag at the moment, the red deer rut will be rather tame. We have already had a lot of posturing and roaring from the three youngsters, and the occasional clash of antler, but nothing to get too excited about. Still all interesting behaviour to watch however, and great to see Albus trying to get involved with the two established stags. 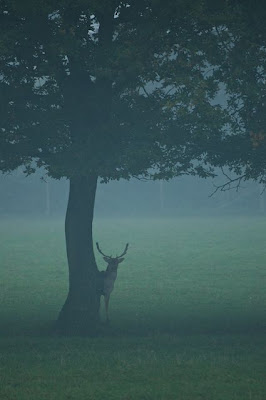 So this year, it looks like the fallow deer will e the ones to really keep an eye on. Both our young bucks are of similar age and size, and are both now mature enough to really want to stake a claim for the does. Once again, they have started to bark and flaunt themselves to each other... and I think it will only be a matter of time before they eventually lock antlers to test their stamina against each other.

Don't forget... we are open everyday this week for the half-term. Why not come and see us, and spend a bit of time by our deer paddock to see the rut unfold.
Posted by Matt Binstead at 23:12