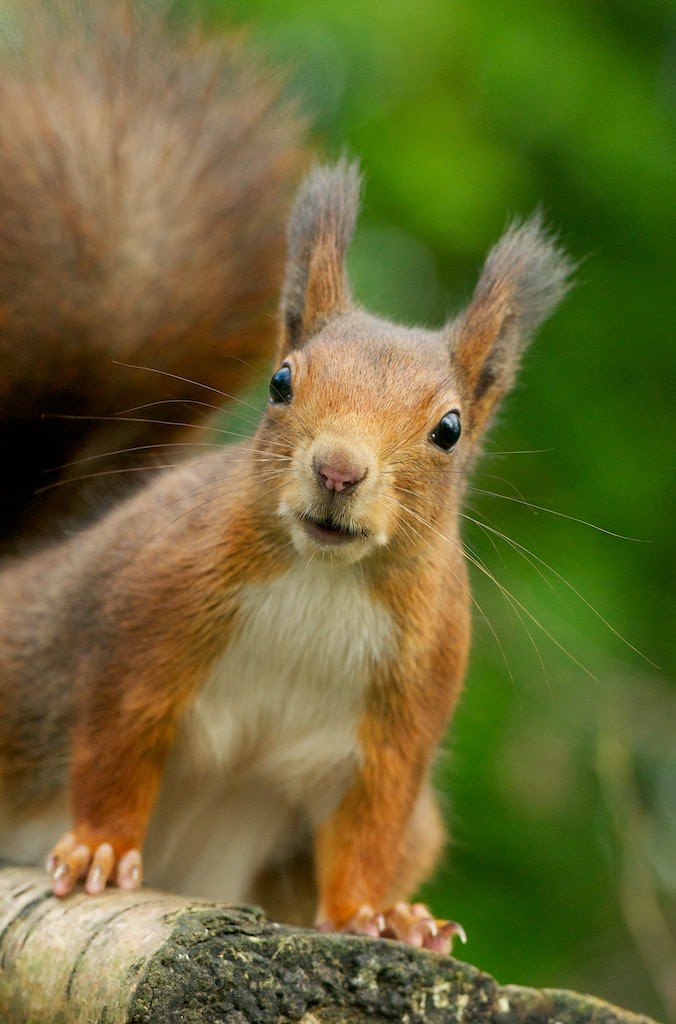 Yesterday was an exciting day as we sent 12 red squirrels to Mersea Island in Essex for our next release programme. This is particularly exciting, as we are adding to squirrels which have already been re-located there from other squirrel groups including Pensthorpe, meaning that a few groups are working together for this release and for the good of the red squirrel! 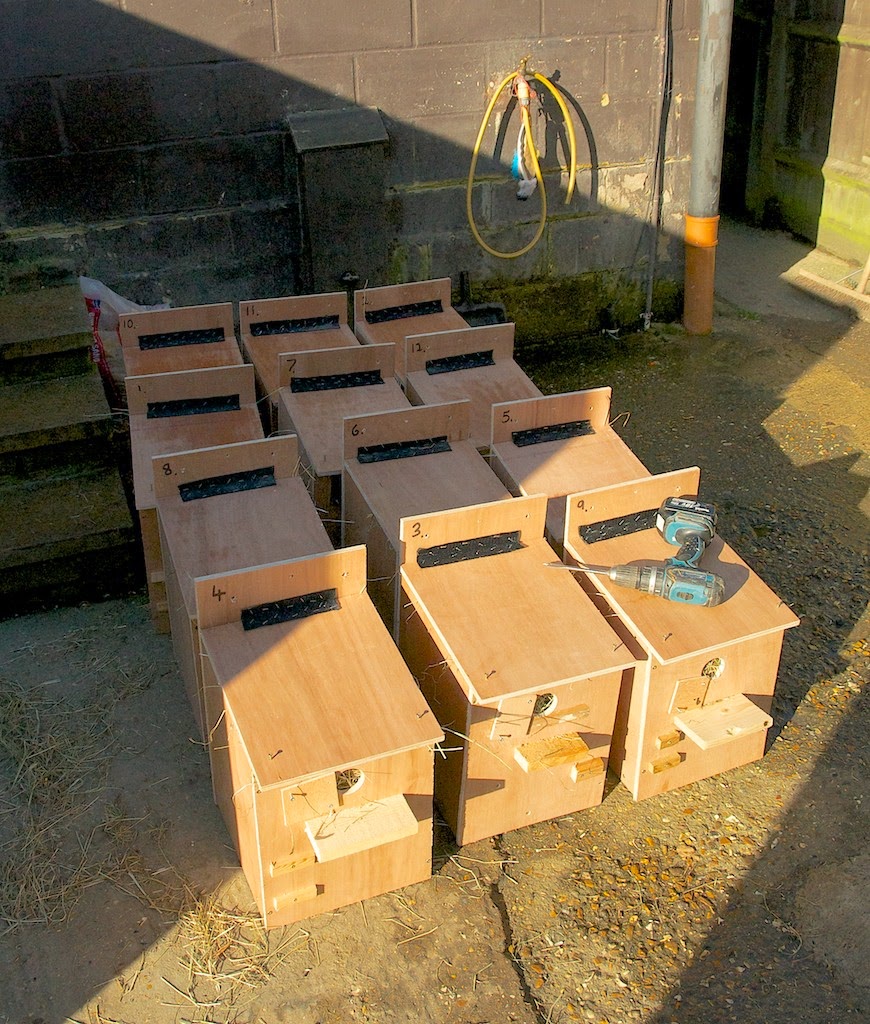 Twelve travel boxes where awaiting me when I arrived in the morning, and so the job was on to get them safely boxed up and ready to go! 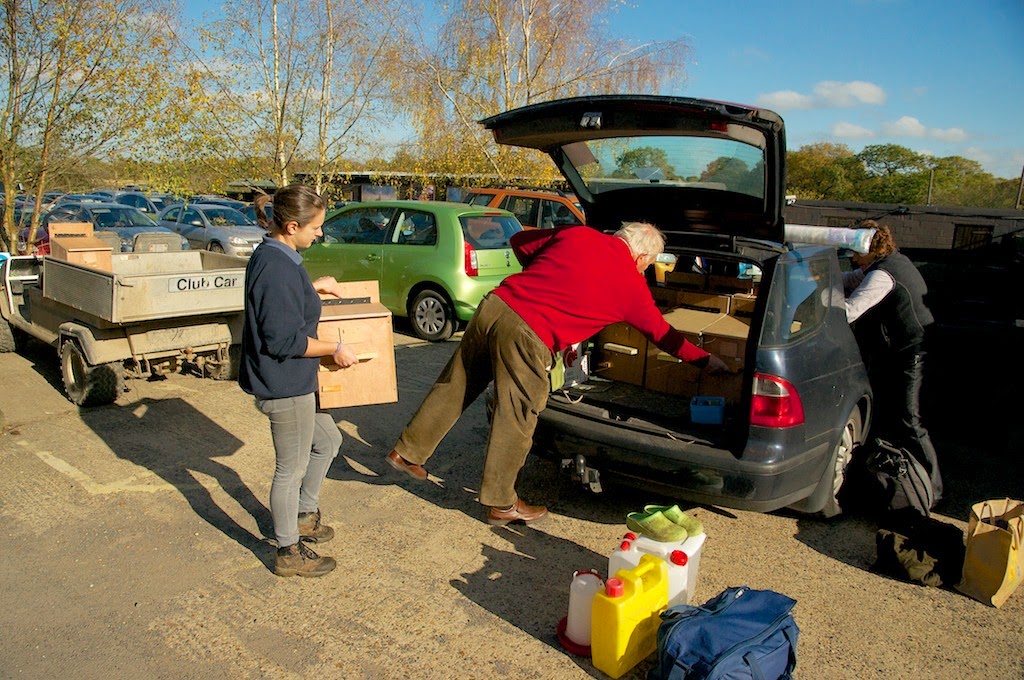 A couple of hours later and they were all ready to go, and where packed in to the car to be taken back and prepared for there release. They will be soft-released over the next few weeks to give them the best chance of establishing themselves. 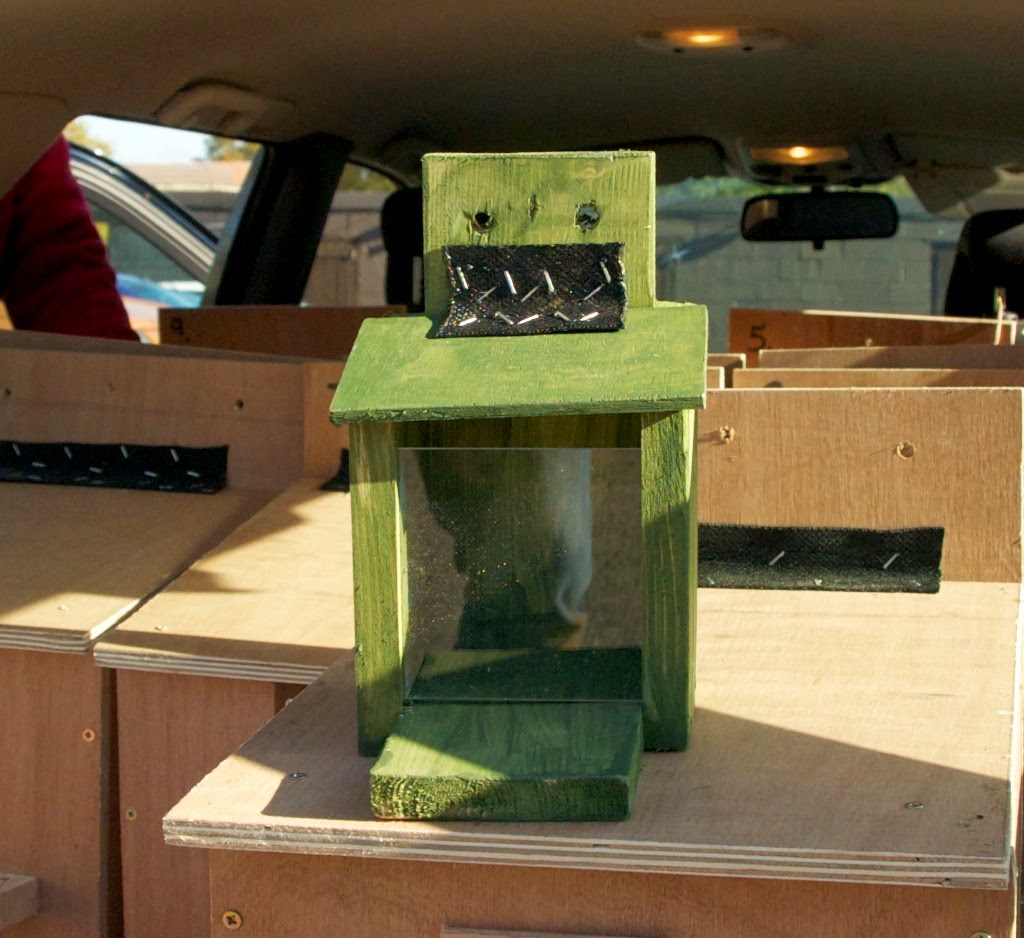 The island are really excited to have them arriving, and many of the residents have been busy putting up feeders in their gardens... keen to help out with the project, and keen to see the squirrels themselves.

The local pet store has even been making a specialist squirrel mix to sell to the residents to feed the squirrels with. All this help can only be a good thing, and will really help the squirrels to settle and hopefully thrive. 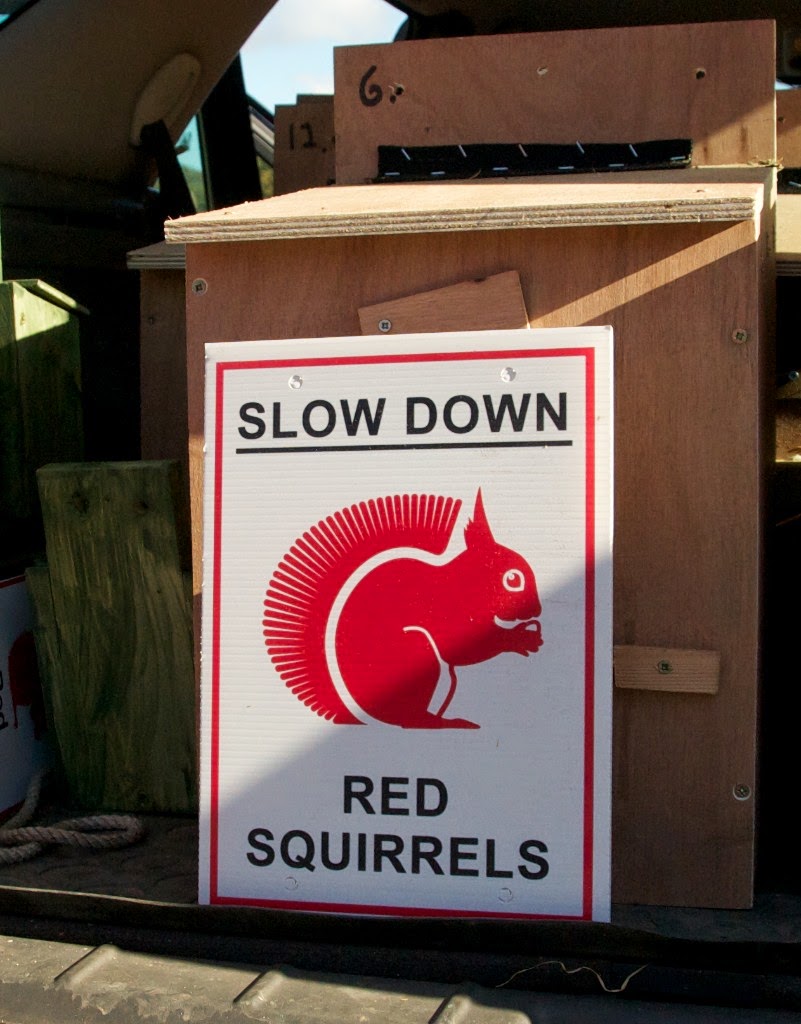 I was also shown a red squirrel sign which is being put up around some of the roads on the island to make people aware of these animals now being residents. 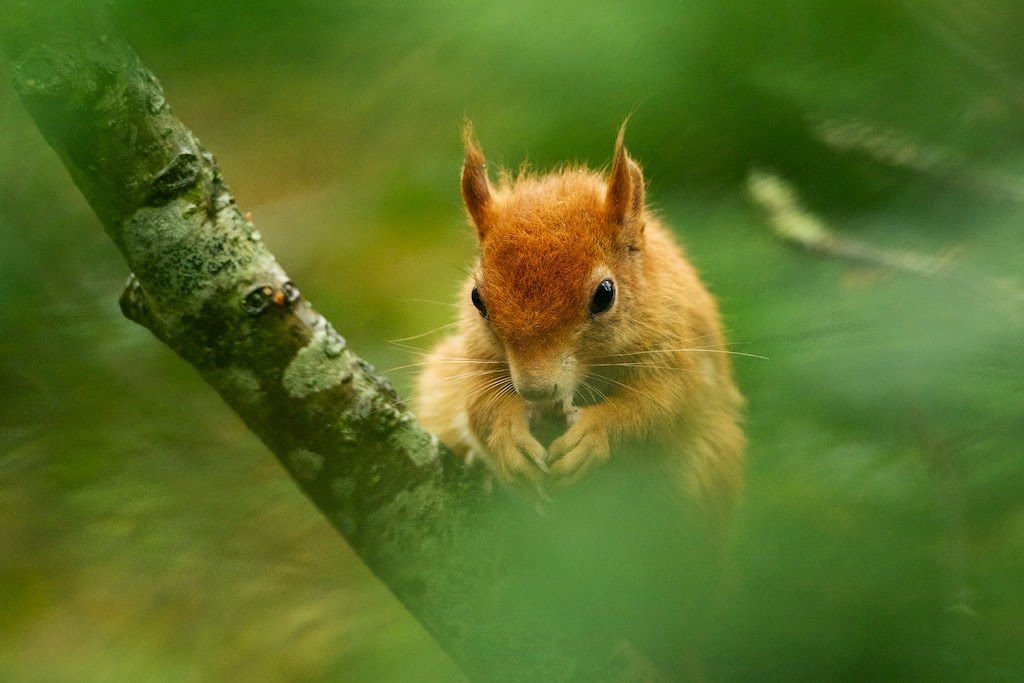 Once these have settled in, we have a further 10 which will be making there way over in the new year to help boost numbers, I will keep you updated as we here about how they are getting on!