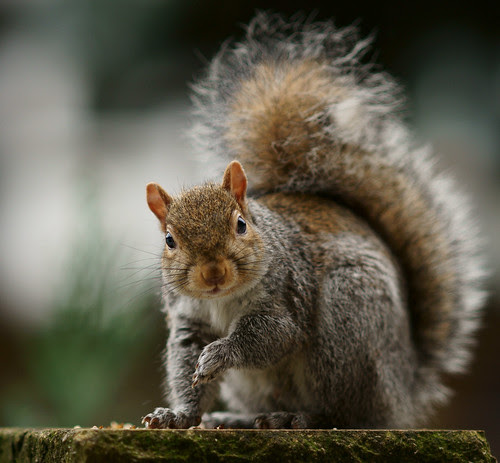 Photos by Peter Trimming, check out more of Peter's photos by following this link.

A lot of people have asked me what I think of the grey squirrel, and I think it is worthy of a post... like it or not the grey squirrel is now a part of British wildlife. It is our most common squirrel in the UK and for many, the only squirrel they have ever seen out in the wild.

Now, before I start, don't get me wrong, I wish the grey squirrel had never been brought over to the UK. It is a non native, invasive animal which is causing a lot of damage to our countryside no more so than being a major factor in the decline of our native red squirrel. But, there is no doubt that it is a well adapted animal that is thriving well, and you have to admire that.

- To many people, the grey squirrel may be the first wildlife encounter they have. Especially in a more urban area, these grey squirrels can get quite "tame", and this interest could be one of very few encounters for some people which I think is important and could lead to some people wanting to learn more about our wildlife

- Rather ironically, the greys have done the reds a favour. Before the greys were here the reds were doing the same destruction the greys are now... OK, on a far less level, but still they were hunted by some people and considered a pest. Now that the greys are here it has deflected the attention away, and most people see the red squirrel a national icon we need to save 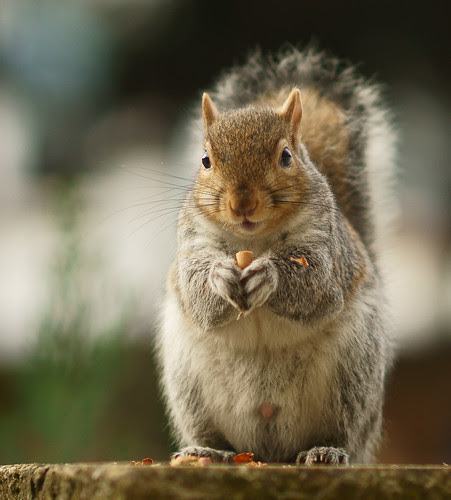 Photos by Peter Trimming, check out more of Peter's photos by following this link.

We have three grey squirrels at the Centre. Two sisters, Milly and Molly, and an albino male called Eddie. Eddie came to us as a rescue several years a go now and has been a favourite with many because of his white colour. Milly and Molly are getting on to ten years old, very good for grey squirrels.

Don't forget "Winter's Members Day" this Saturday, followed by more snowy photos on the blog next week, and then news on some new arrivals to the BWC family!
Posted by Matt Binstead at 18:00