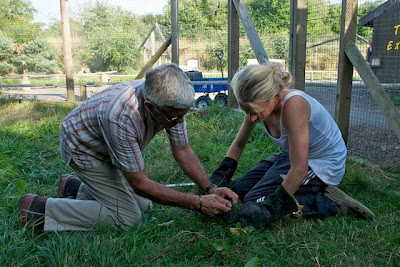 Yesterday evening we moved Iona's wildcat kittens out of her pen, and in to their own enclosure opposite. They are at the age now where they are independent and can happily live on their own... in fact Iona has pretty much ignored them for the past couple of weeks, and even Macavity was beginning to get a little fed up with the occasional swipe aimed in the kittens direction!

Seperating the kittens is not a fun job to do, but it has to be done. We caught up all three individually, and while we had them restained in a net we had our vet microchip them, give them their flu jab, confirm their sex and take a hair sample to be sent off for DNA testing. 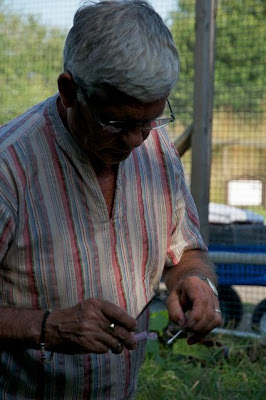 While we were in the enclosure with the net, we also caught up Iona to take a blood sample to be sent of for DNA testing, Macavity having already been done whilst at Wildwood.

We then took all three kittens and released them in to their new enclosure. Give them a few days to settle down, and you will be able to see them in the wildcat pen opposite the enclosure they were in. 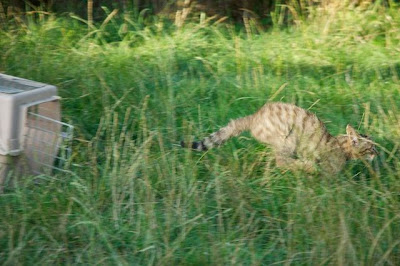 In another month or two, we will have to repeat the process with Kendra and her kittens.

Oh, I almost forgot to tell you... Iona's kittens were two males and a female!
Posted by Matt Binstead at 17:00