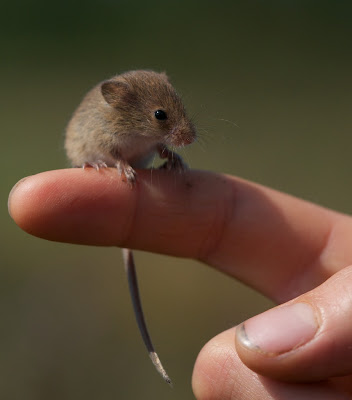 We have had a very good year this year for breeding, and many animals are in line to be released in to the wild at some stage in their future.

Earlier this week we released another batch of animals out on to our nature reserve. 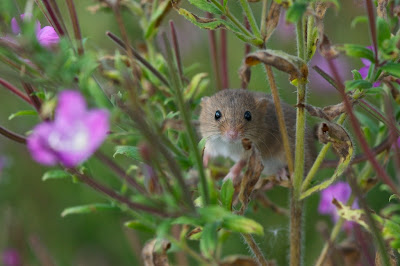 Our harvest mice have been on top form this summer, and on Tuesday we released our third group out on to our reserve. As far as I am aware, no members of the public have see them out there, but during an early morning stroll I have on occasion seen one or two climbing through the grasses looking out for an early snack. 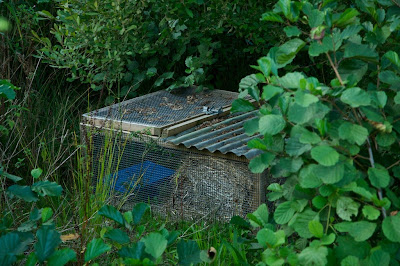 The other animal we release on to the reserve are water voles. As I explained last year, we use these special pens to "soft release" them in to their new habitat. Over the end of last year, and early this year they have been brilliant... and bred once again earlier this year, and early summer.

On Tuesday we opened up the water vole release pens to allow a further ten individuals to explore the reserve. We are hoping that this will add fresh genes to the population, while encouraging them to spread up the stream. 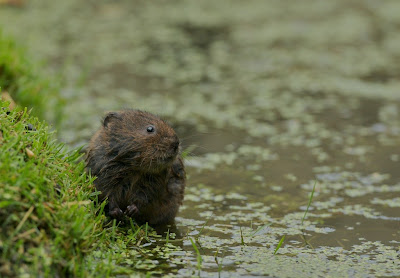 We ask visitors to let us know when they see a water vole down on the reserve, and it is not often a day goes by with out a sighting. So be patient, spend a bit of time down there, and you may get to see a real wild water vole in action!
Posted by Matt Binstead at 18:43