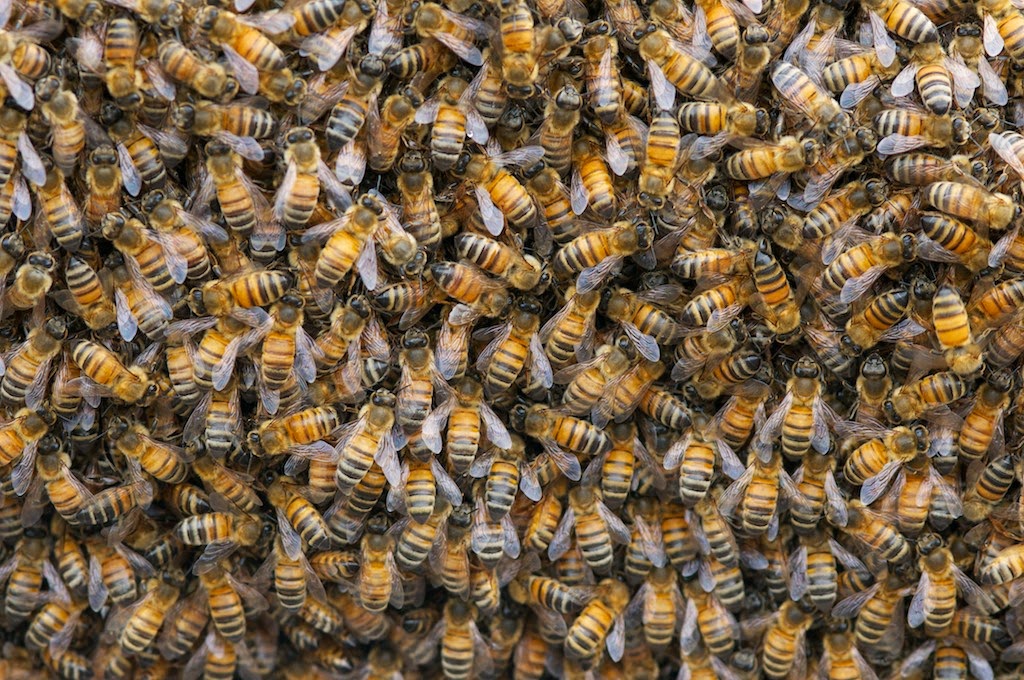 A lot of you pointed out over the weekend that our bees were beginning to swarm. This is great news, and should be looked at as a good thing.

Very simply, within a hive of bees you have a queen (female), workers (female) and drones (males). As the weather warms up during the spring, the population of the hive increases too. There will only ever be one queen at most times. The workers are there to "do the work" by looking after her, feeding her and each other, tending to her brood, regulating the temperature and building and protecting the hive etc. The drones usually don't survive for the winter, having been pushed out at the end of the summer, and are produced later in the spring. They are there to mate with the queen. 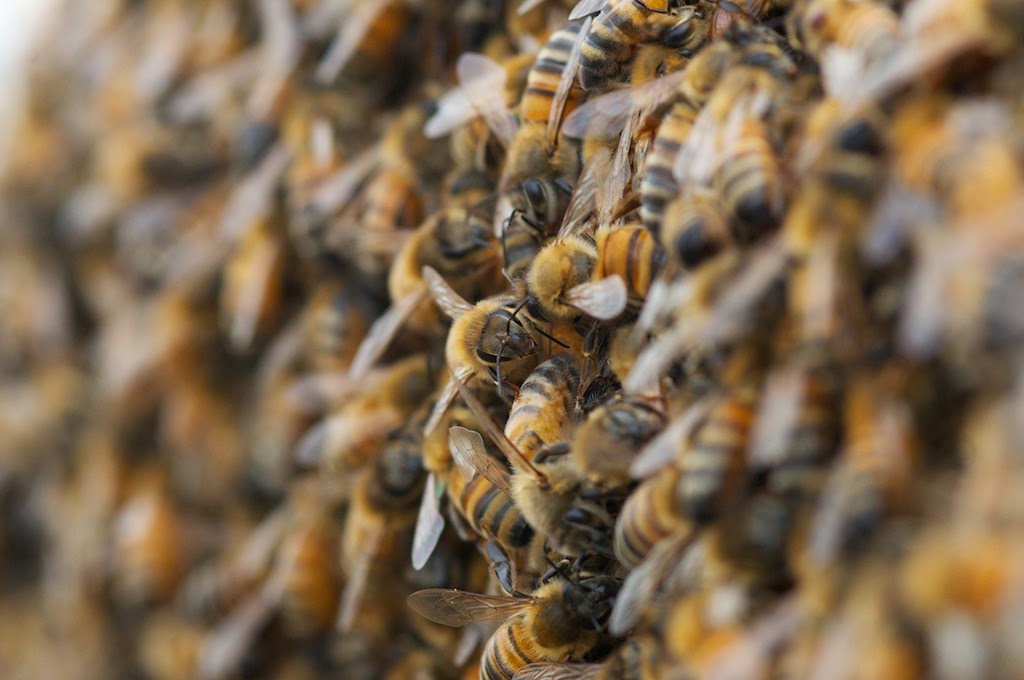 Bees communicate with each other with "pheromones" passed between them all. The Queen pheromone is important in the whole organisation and efficiency of the hive. Sometimes when a hive is successful, and produces so many bees, the group best so populated that the queen pheromone doesn't get to all the workers and so they think there isn't a queen. 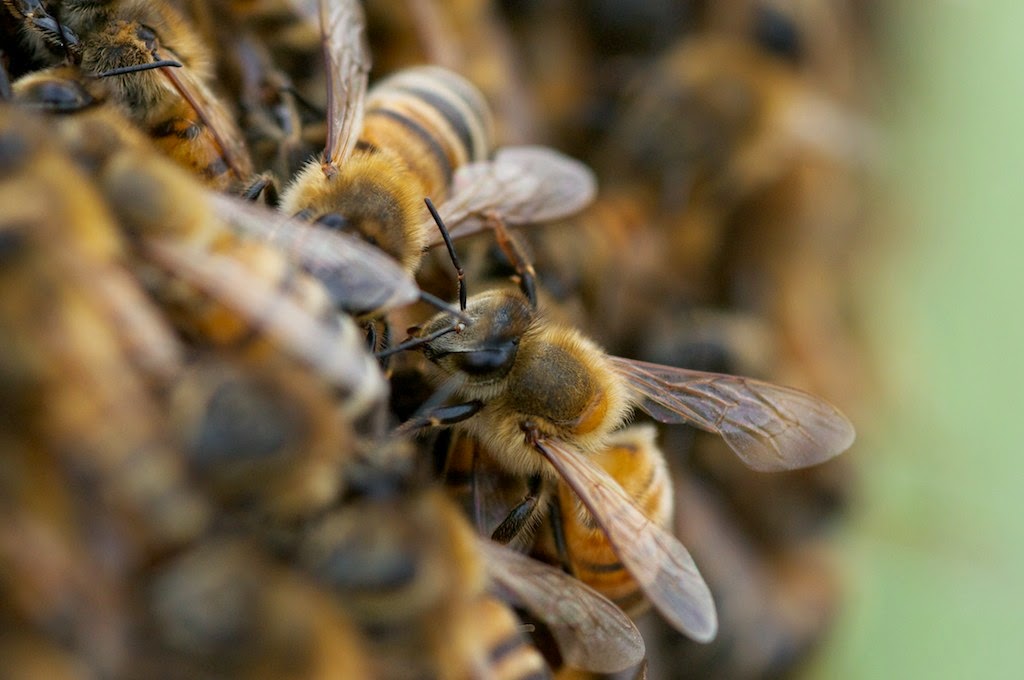 So, the bee swarms you see are the queen surrounded by several workers looking for a place to go. The reason they rest so much is that the queen is not as strong a flyer as the workers, and so need the occasional break. While this happens the rest huddle in around her for protection while a few other workers go off to find a good spot to move on to.

Often they can move on within the same day, but sometimes it may take a couple of days. They may move far away, or just another short "hop" before finding somewhere more suitable.

I would imagine our swarm will be long gone by the weekend, but if not don't let them worry you. They are more concerned in protecting the queen and finding a new home... however, if they do feel threatened then of course they may become more active in protecting her. So best just to give them a bit of space and respect and enjoy seeing a swarm so close up.
Posted by Matt Binstead at 09:01