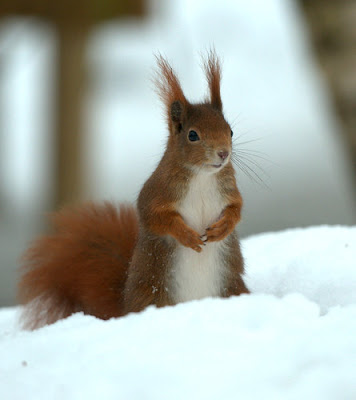 No, we don't have snow here, this is an old photo... but where better to see a red squirrel than in the snow where it really shows off their vivid red fur and striking ear tufts!

I could bore you to death about the red squirrel, they are one of my favourites and the animal I studied extensively for my final year projects, but I will keep it brief... As ever, to find out more then come along and catch one of our keeper talks when we are open (10:30am for the Red Squirrel Keeper Talk) where you will get to see them at close quarters in our walkthrough enclosure. 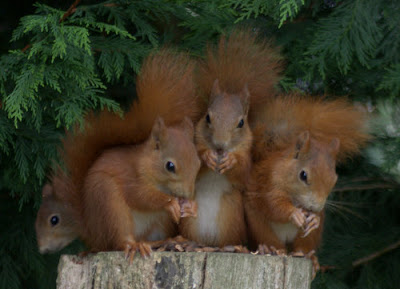 The red squirrel is our native squirrel, sometimes called the common squirrel throughout Europe, and is an adorable animal. For me they are so much prettier than the introduced grey squirrel. Apart from their coat colour and smaller size, their main difference is those amazing ear tufts! They moult these through the summer, only having them during the winter, but at this time they can grow to an amazing size showing why they are arguably their most famous feature.

Red squirrels usually only have one litter during the late spring, early summer. 4 or 5 kittens will be born, taking around 13 weeks to develop enough to start a fully independent life after the mother abandons them in their nest. It is believed that possibly only a quarter of squirrel kittens make it through their first winter!

They tend to prefer mixed or coniferous woodland, and have a varied diet sometimes dependant on the season. Seed and nuts of course form the majority, with the seeds of pine cones being a staple, but also fruits and berries and even anything else that they can find in a tree... bark, sap, leaves, even the invertebrates and rarely baby birds or bird eggs. 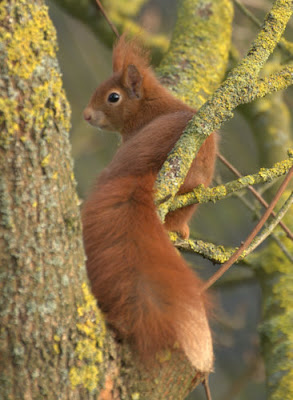 The red squirrel is a far more arboreal squirrel than the grey. That is, it spends more time in the trees. Nesting up their in their dreys, often burying food behind bark instead of on the ground. They are extremely well adapted for this life style... double jointed ankles to allow them to swivel their hind feet 180 degrees, strong curved sharp claws, large bushy tail for balance and a tendency to sometimes urinate on their hands and feet to make them a little stickier.

Unfortunately the introduction of the grey squirrel from America has accelerated the decline of our native red. I will mention this, and what we are doing to help, in a later post this week, but for now have a look at these amazing facts about the red squirrel. 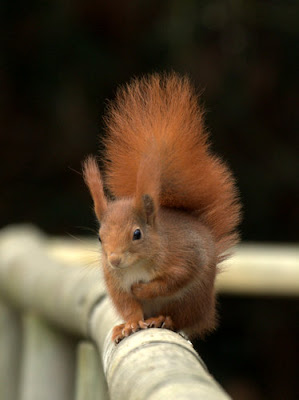 - Not only for balance, their beautiful tail can be used to keep them warm in the winter or even as a sun umbrella in the summer to shade them from the sun

- Possibly where they get their name from, which means to sit in the shade of the tail

- Five toes and four fingers, but with a fifth residual thumb which helps them to eat

- Red squirrels are either right handed or left handed, with the same squirrel always choosing to eat the tines on a pine cone with the same hand

- Red squirrels see in the same colour as a green-red colour blind person. That is, they can see colour but can't distinguish between greens and reds

- Our British red squirrel has nearly gone extinct before in the past, leading to introductions from Europe to help booster numbers

- Our old, British red squirrel, used to have a white tail and ear tufts in the summer! How cool would that be to see (remember little "Flame I reared two years ago?!) 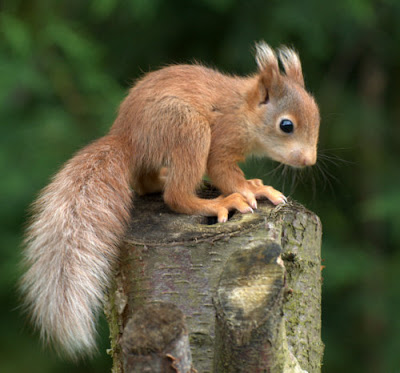