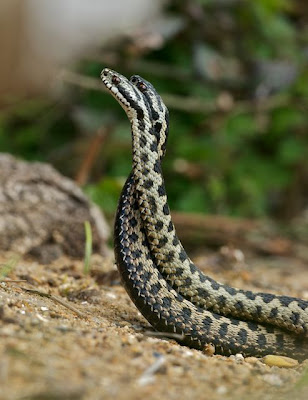 Apologies for the post on the adders... I mentioned that for information on the "dance" to check back in the archives to last year and the year before. I have since been informed, by many, that I never went over it in previous years either. I remember doing a video post on in two years ago, but when I checked that the other day I can see that it is no longer embedded in the post...

Therefore for all of you that have asked about it, here is some information on the "Dance of the Adders" - Don't forget to check back on the blog tomorrow for an update on our fox cub, "Ellis" 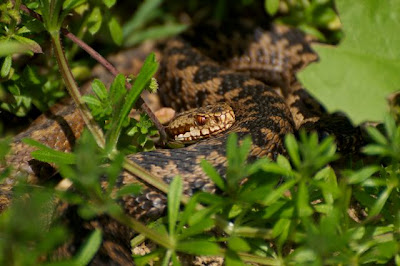 The European Adder, or Common Viper, is one of Britain's 3 native snakes and our only venomous reptile. After hibernation they usually emerge late March, the males come out of brumation (a type of hibernation for cold-blooded animals) first with the females being spotted within the following 2 to 5 weeks.

After a couple of weeks of the males emerging, they shed their skin. Next on their mind is to mate. Once the females are "awake" they leave a scent from a gland at the base of their tail. The males will smell this, and follow it to find the female. They then writhe their body over the female, flicking their tongue in and out in a courtship before settling down to copulate. 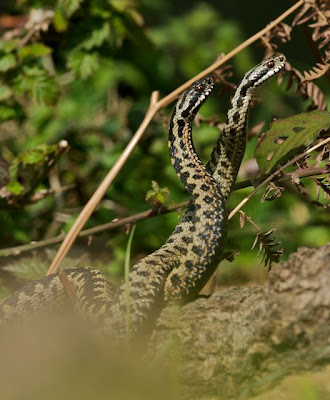 If a second male comes across the female then the first will stop the courtship to defend his possible mate. What follows is a beautiful and elegant display which is known as the "Dance of the Adders" 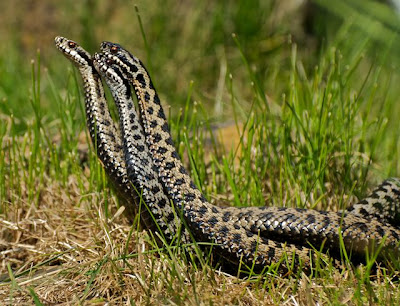 The "Dance of the Adders" usually only involves two snakes, but can number many more. It is a test of strength and stamina with each male trying to force the other to the ground. They can raise the first half of their body up off the ground before trying to push the other male down to the ground. 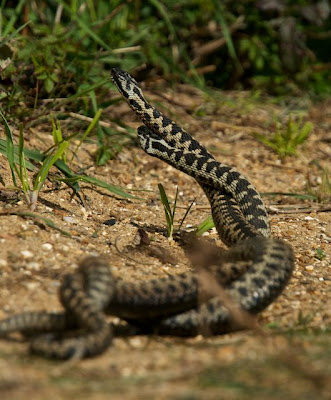 The males will completely intertwine their bodies together while trying to force each other out, and often show very staggered and jerky movements. This ritual can last for several minutes, and often happens on many occasions over many days. During the "dance" they never try to bite each other, just keep competing with strength until one of them gives in and slinks off quickly into cover. 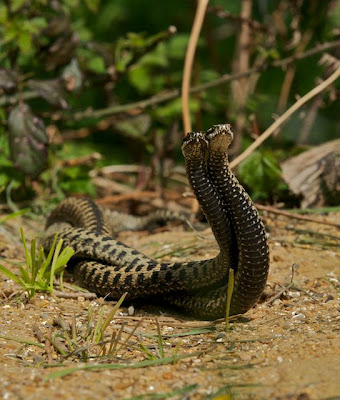 The "Dance of the Adders" is one of my top British Wildlife sights, and one that I never tire of seeing. I have said it many times to many people... but it really is a beautiful and hypnotic thing to see. If you missed it this year, then make sure you come to see it next year. Our males have danced now for the last 3 or 4 years so I am sure they will put on another good show in 2013.